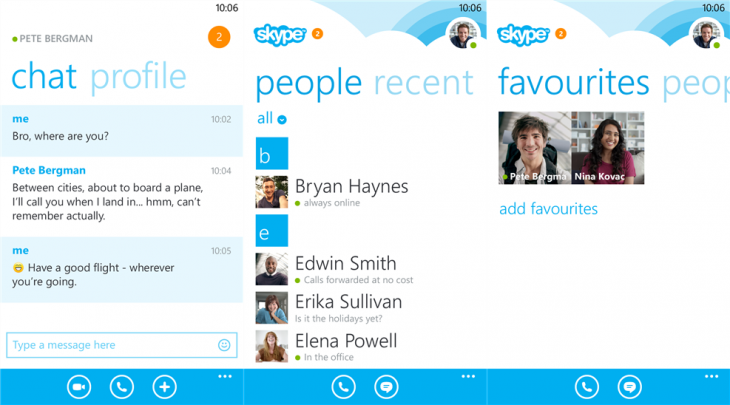 Microsoft today announced an update to Skype for Windows Phone 8 that the company says incorporates user feedback by making improvements to how contacts are managed and the home screen layout. You can download the new version from the Windows Phone Store.

After being told by Skype users that they would like to see Windows Phone contacts and Skype contacts split out in the Skype People List, Microsoft added the People List Filter so you can see either all your contacts, just Skype contacts, or only available contacts. As for the home screen, it now lets you pivot through app functions and has smaller Favorite Contact tiles, fitting three across on the screen as opposed to two.

The full Skype 2.9 for Windows Phone 8 changelog is as follows:

Given that this is version 2.9, we can’t help but wonder if Microsoft has something big planned for the big 3.0. We’ll keep you posted when we learn more.