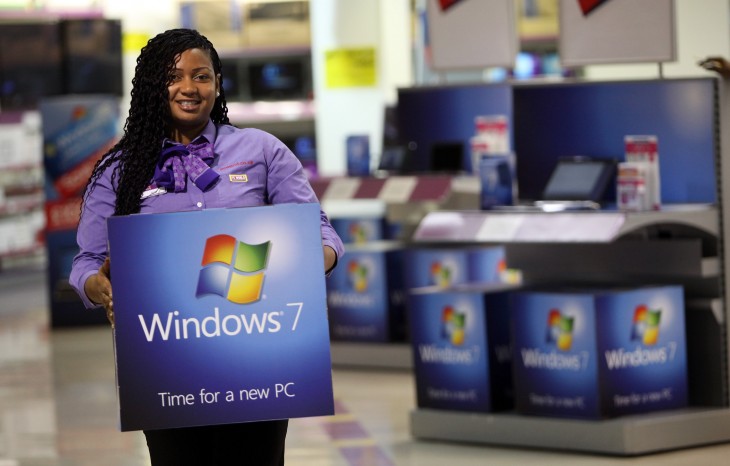 Microsoft today released its developer preview version of Internet Explorer 11 (IE11) for those devices running its Windows 7 operating system. In doing so, the company seeks to show developers that apps produced for its latest browser will work across many different devices while also showing that its browser is very scalable.

IE11 first hit the scene at a reveal during the company’s Build conference in San Francisco. Until today, it was only available with Windows 8.1 — and only to those users who feel the risk to upgrade is worth checking out the upgraded OS. The latest version of Microsoft’s browser is billed as a platform to help create “the best experience on the Web” and the company states that browsers are no longer a simple commodity — rather, they’re key platform differentiators.

The IE11 developer preview for Windows 7 is the first time Microsoft is opening up the browser to a large audience, hopefully recognizing that there are many consumers that don’t have Windows 8 installed. Those that install IE11 will receive all of the performance, security, and “under-the-hood” changes highlighted at Build.

Microsoft tells us how great IE11 is

We’ll save you the promotional information about how good Microsoft thinks IE11 is, but in short, the company touts that the browser is the first one to integrate the W3C Resource Priorities standard, which helps to determine what should be loaded first, thereby reducing load times.

Additionally, it supports HTML5 link prefetching and pre-syncing, processes that provide a measure of predictability the browser can use to anticipate where the user wants to go next.

With this release, in order to show how powerful and adaptable IE11 is, Microsoft has revamped its in-browser developer suite of tools. Available since IE8, the F12 toolset gives developers the ability to diagnose and optimize their apps quickly and efficiently. With today’s preview version, Microsoft has added three new tools to help streamline project build times and increase its efficiencies:

On top of the the availability of IE11’s developer preview, Microsoft is updating its Modern.IE website, the suite of free tools developers can use to help them spend “more time innovating and less time testing.” These tools are a tad bit different than what developers would receive with F12.

Prior to today, Modern.IE offered three tools to help developers, including a ‘wizard’ to scan sites for problematic coding practices, three months of free virtual testing through BrowserStack, and an editorialized selection of best practices.

Today, the site is receiving several enhancements, including a 25 percent discount on the purchase of Parallels Desktop 8 virtualization for Mac software. The site’s virtual machine offering now includes IE11 testing on Windows 8.1 and Windows 7 and the screenshot tool has moved to be open source — its code can be downloaded off of GitHub today.

Read next: Chromecast streaming will be supported by Google TV: Can both platforms coexist?