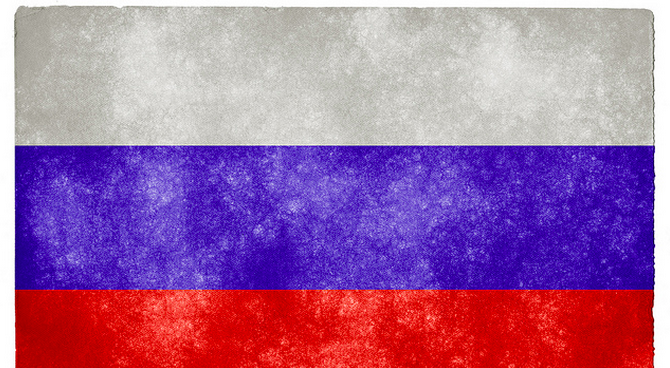 It’s muggy in St. Petersburg, which is excellent luck if you happen to be here and have read Crime and Punishment, as you can finally relate to the napping of Rodion Raskolnikov after the consumption of a large glass of warm vodka. Well, maybe not with the booze, but certainly the sticky warmth.

Myself, and around 100 global press are currently holed up with hundreds of students from this year’s Imagine Cup event, Microsoft’s student competition for young developers.

You aren’t here — a pity as there is an accordion player at night — so I want to walk you around as I can, and show you what you are missing.

Events that showcase a number of ideas at various stages of completeness have become mundane in the United States and other locales. But such gatherings that focus on students and their work are a different beast. They have a different tone.

It isn’t a simple task to make it to the finals. I attended the U.S. finals in Mountain View, California where a number of highly competent teams showed off their applications, mobile and otherwise.

For students looking to win a national final, it was an impressive mix. In fact, I’d put most of what I saw that day against much of what you see at Big Kid demo days and competitions, such as The Next Web’s startup event, and TechCrunch’s Disrupt.

Two teams eventually made the trek from the United States to Russia for the current finals event. The same circuit of events, leading to a national final, took place around the world, with winning teams punching tickets with Microsoft’s money to head to St. Petersburg.

Who came? 87 teams from 71 countries that are made up of 309 students. 10 teams are from Africa. The representatives from Qatar are all-female. According to a piece of paper Microsoft handed me, more than 25,000 participants took part in Imagine Cup 2013.

It’s a somewhat UN-esque grouping. The German team have matching uniforms. One of the two Italian teams has dubbed themselves Team Name Exception. The other Italian team is working on sex.

You can’t attend all the sessions. In fact, you can’t attend more than one in seven today, as Microsoft is running judging panels in more than a half-dozen rooms at a time. Today is a cull.

A few highlights are in order.

Nana Ferraz, of Portugal, is the brains behind ‘For a Better World,’ a physical tool that is linked to software that can determine blood type in around five minutes, accurately, saving time in crisis situations when the information can be the thin line between life and death.

Her contraption resembles a coffee grinder, built of a small centrifuge with several small containers – around the size of a single contact lens case – where blood and reagent are mixed. Following their spinning, a camera built into a case is affixed, a picture taken, and the image sent to software that runs on Windows. That code determines, from the spun samples, what the blood type of the person in question is.

It takes around five minutes. Current solutions can take four times that long. Ferraz’s error rate is currently 4 percent, but she sees that falling as she exits the prototype stage.

The tool will vend for around 150 Euro, which is a fraction of the cost of current tools. Faster, cheaper, and soon, more accurate. It’s a neat setup with a real-world application.

Heading to a more conventional corner of the software world, the French team Banzai Lightning has built a game to near completion called Seed that is a scrolling game, but one in which the game mechanics have been flipped: your character — a seed, unsurprisingly — bounces forward without input, making it the users’s role to guide it through dangerous environments.

Users are afforded only two controls: the ability to lay down a ‘gel’ that, upon impact, will impel their seed to greater than average heights, and a hook function that helps the user change the direction of the seed while jumping or being driven up by a firm wind gust.

The game also features a social tool called ‘Ghosts’ in which you can play levels while the ‘ghost’ of your friends bounce alone, allowing direct, if delayed, head-to-head competition.

The team is looking to raise a few hundred thousand dollars to hire more staff to get the game out. The fact that the team built its own game engine, and has a monetization plan in place that fits current app store economics, makes its team quite interesting. Once the title hits the Windows Store, I intend to play it.

Interesting note: Seed is obviously designed for touch, but can work with just a keyboard and mouse. Young devs are building, even on the Windows platform, for a touch present and future. OEMs, take note.

As a number of other writers will note in their posts, Microsoft flew a bunch of us in.

Read next: Square confirms its Square Stand is now on sale at Apple and Best Buy retail stores