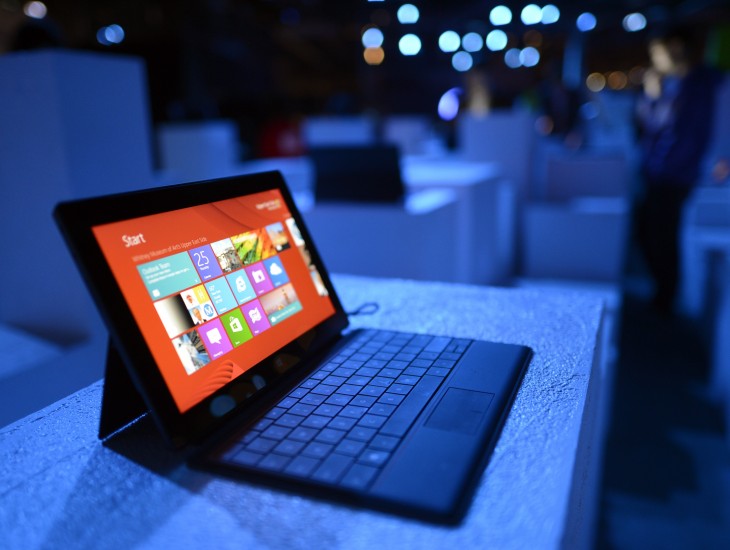 The breadth of the program may seem unfocused, but Microsoft Ventures’ mission fits well into the company’s former activities; it is comprised of the BizSpark program, expanded versions of Microsoft’s extant accelerator, and Bing Fund efforts.

This move by Microsoft was telegraphed in an interview Sood gave to TNW, in which we reported:

That is precisely what has happened.

Briefly, the BizSpark program – now under the Microsoft Ventures aegis – will continue much as before. According to Sood, in its half decade of life BizSpark has doled out Microsoft resources and discounts to 75,000 small and young companies in more than 100 countries. This effort continues.

The Bing Fund is no more. Now, instead, Microsoft Ventures will direct capital from Microsoft to small companies. Sood’s commentary indicates that Microsoft is looking for teams that are more experienced, with the chief requirement having achieved “early business success.” This, in Microsoft’s view, entails demonstrating customer traction, product market fit, and, naturally, some harmony with a “Microsoft domain [of] expertise.”

Microsoft’s Bing Fund investments were set up in this way. I had, as a hypothetical, proposed to Sood months ago that a company which could benefit greatly from use of Azure would be a good fit for his dollars. He demurred, and said that a company that could use Azure, as well as leverage another Microsoft product such as Bing’s API’s would be “very interesting” from the fund’s perspective.

So, if you were hoping that Microsoft was about to make it rain all across Silicon Valley using its tens of billions of foreign cash, hold fast.

The third component of the Microsoft Ventures efforts is an expansion of the company’s accelerator program. Here’s Sood: “Along with Microsoft-owned and operated accelerators currently in Bangalore, Beijing, Paris, Seattle and Tel-Aviv, we are expanding to further locations including Berlin, Moscow and Rio de Janeiro.” This is a 60% growth of the program, and it will better link Microsoft and its various products and services to young firms on the rise.

Today Microsoft made a concerted effort to centralize its disparate efforts to connect with young companies, and support startups that lean on its code and services to ensure that they remain firmly in its orbit.

Here’s the kicker: Microsoft suffers from a deficit of young companies, and certainly it has a mind share deficit with companies that are on the rise. The Valley is flooded with Macbook Airs. To combat that real deficit, the company is going on the offensive.

Let’s be frank: money talks. However, authenticity cashes for more dollars and pounds than a ticket in Vegas. The company is therefore making new bets, or perhaps longer bets with the same odds, on wagers that it has long expected to yield profits.

Its work remains ahead. However, Sood is no fool and has the proper chops – I still want a VooDoo PC, a machine from the company he founded – to drive this through, provided he faces no internal friction. Microsoft is making a move to invest in the companies that have no relationship with it. We’ll see if it works out.

* I amended, shortened really, this quote to avoid conveying the idea that executives at Microsoft were hesitant about the company’s startup activity. Frankly, after today’s news, that was simply out of place. Just a heads up.

Read next: Foursquare for Android and iOS now lets you check-in your friends, but only with their permission