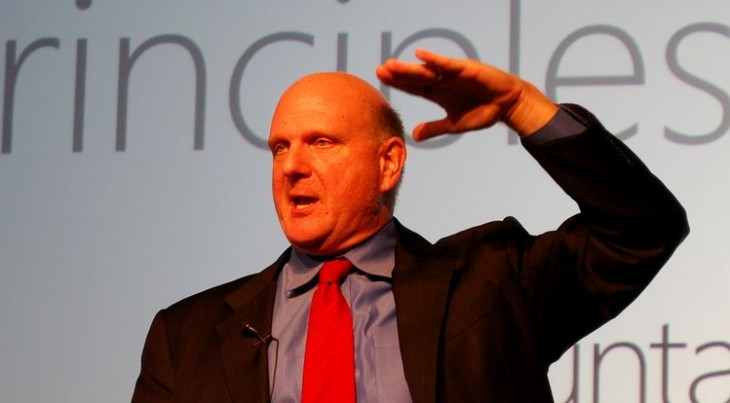 Microsoft CEO Steve Ballmer and Nancy Tellem, leader of the company’s original content efforts for the Xbox franchise, recently visited Hollywood to convince entertainment bigwigs to create “exclusive content” for the device, according to a report in Deadline.

According to that report, Ballmer claimed that Xbox One would extend what was possible with content given its new functions, which include improved voice control, and split-screen technology; the Xbox One also partially runs on the shared Windows core, opening the door to more expansive content experiences.

Ballmer reportedly maintained that Microsoft “doesn’t want to [become] a cable channel.” That pitch makes sense: If you are trying to woo content creators to build you something unique, promising to not compete with them directly is common sense.

The move by Microsoft to aggressively court Hollywood studios and the rest of the entertainment ilk underscores two facts: the future of the Xbox is a holistic entertainment device, and not a gaming console that has the mere ability to play Netflix. Secondly, Microsoft has real work ahead of it at the E3 event: it must prove to gamers that even though Xbox is growing up, the company hasn’t forgotten about its core constituency.

Thus, exclusive titles, new franchises, and other gaming goodies aren’t simply a good idea, they are requirements for Microsoft to succeed with the Xbox One. Microsoft has promised to invest $1 billion into games for its new console. That number may suffice.

We’ll know more on the 10th, at the next Microsoft event.

Read next: Over: Zynga's now defunct OMGPOP acquisition likely cost the firm around $400,000 per day