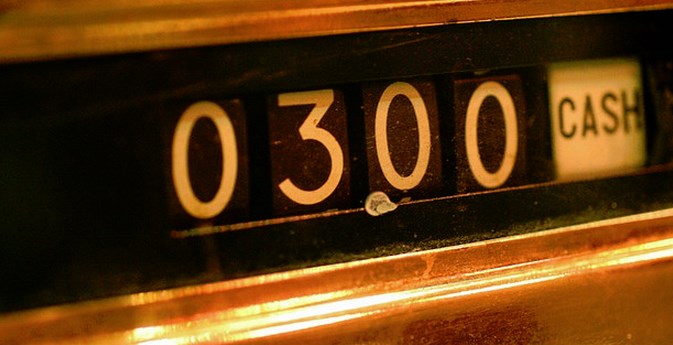 Microsoft has been busy signing patent licensing deals with Android OEMs for years. In fact, the company’s statements regarding newly signed-on partners have become generic and routine. There has been one changing variable in the missives, however, namely the percentage of Android devices that are under its purview.

The goal of this post is to delve into the numbers, wherever we have them, and employ the best projections and estimates so that we can to come up with the clearest possible picture we can of the scope of the Android business for Microsoft.

Why focus on this piece of its revenue? Microsoft is a company in transition, evolving its business model from a company that vended software, to a firm that instead sells services on a subscription basis and devices. Note, however, that revenue from the Surface line of tablets is not part of our discussion today. That revenue lands in the Windows division’s bucket, and not the Entertainment and Devices Division’s (EDD) accounts. We’ll be dealing with the EDD exclusively.

Revenue from patent deals have a low-cost of retrieval, meaning that once agreements have been inked, the margins involved with their income is exceptionally high. Thus, Android patent deals for Microsoft are a way for it generate profit without the need to build new products, or conquer new markets.

In fact, as Android itself expands, it directly finances Microsoft’s efforts to best it with Windows Phone. Windows Phone is part of the EDD group, where the Android cash lands.

If the Android income is meaningful, we need to understand it. Let’s get busy.

On the heels of announcing both ZTE and Foxconn as partners – meaning that they had signed deals and were now revenue sources – Microsoft stated the following:

In fact, 80% of Android smartphones sold in the U.S. and a majority of those sold worldwide are covered under agreements with Microsoft.

That figure compares with what the company noted in 2011, when it stated:

More important, today’s announcement means that companies accounting for more than half of all Android devices have now entered into patent license agreements with Microsoft.

You’ll note that the statements are not directly comparable. Certainly, sales of Android devices that were not phones in 2011 were low compared to the overall mix, but they existed. Thus, we cannot simply state that Microsoft went from 50% to 80% of any such thing given that Microsoft has further obfuscated the numbers by reporting both worldwide and US-focused statistics.

However, Microsoft still notes that more than 50% of all Android smartphones sold worldwide are covered by its deals. As companies grow and contract, and new markets open, a firm that Microsoft had a deal with could be eclipsed by one that does not, shifting the percentages.

However, given the company’s strong US penetration of 80%, and the steady drip of deals signed, we would estimate that 65% of global Android device shipments are covered by Microsoft patent agreements. How much money could that generate for the firm? We now head to the company’s most recent 10Q.

As noted before, Android patent revenue is part of the larger EDD division of Microsoft. This means that we can deduct other incomes from that division, and peel away income, perhaps giving us a better idea of the scale of Android income.

As reported in its last quarterly report, EDD had two interesting changes: Xbox-related revenue rose $641 million, and Windows Phone revenue rose $259 million – combined those figures sum to $900 million. Those are not the total aggregate revenue numbers for either platform; Microsoft does not break down its quarterly reports that far, and likely never will. We ask nicely, of course, but are rebuffed.

Thus, of the group’s $2.531 billion in revenue for the quarter – Microsoft’s fiscal third – $900 million of it came from increases in non-Android related work. Thus, we can deduct the $900 million from the $2.531 billion as it has no meaning in this discussion.

This leaves us with $1.631 billion in EDD revenue. That figure includes other revenue from Xbox, and Windows Phone, and also incomes from Skype and Mediaroom. And Android patents.

Given all of that, it is impossible for Android income to be over $1 billion per quarter at the moment; there simply isn’t enough room in the EDD revenue column to allow for that. What we can therefore say is that at best, Android income for Microsoft totalled in the hundreds – likely low hundreds – of millions of dollars in the quarter.

Does that figure square with what the media and analysts are reporting? For that we need a better understanding of the larger Android market.

BusinessInsider wrote on this topic today, and included a few numbers that bear repeating. Quoting Gartner, BusinessInsider stated that roughly 860 million Android devices will be sold in 2013. The figure for 2017, again from Gartner, is 1.5 billion.

We already have our percentage estimate of the number of devices that Microsoft has global deals with, and so to come to an actual revenue figure, we need to determine a per-device fee.

Microsoft is likely collecting between $1 and $5 per Android device that is under its deals. There have been some reports of Microsoft asking for higher sums, but those appear to have been more initial bargaining positions  and not final deal prices. HTC, for example is said to pay $5 per device to Microsoft.

Let’s be conservative. Larger companies are likely able to work Microsoft down a bit in price, so I wouldn’t expect all majors to be paying the upper-end $5 per device rate. And given that the larger players are paying less, that skews the average fee lower.

For the sake of discussion, let’s use $3 per device as our figure. This number is an estimate, but given all information in the market it’s our best guesstimate.

We can now do the math: 860 million Android devices in 2013, of which 65% pay Microsoft a fee, and that fee being $3 leaves Microsoft with $1.677 billion in Android revenue this year. That works out to just over $400 million per quarter, which fits with our earlier statements of Android patent revenue being in the low hundreds of millions.

That said, I don’t think that Microsoft had $400 million in Android income in its most recent quarter; frankly, it fails the gut-check test. That said, Android continues to grow, and Microsoft continues to lock in deals, meaning that this income source is only going to expand.

We’re now looking damned far ahead, so strap in. Gartner, as noted above, predicts 1.5 billion Android devices sold in 2017. Microsoft will lock up more deals between now and then, allowing us to ratchet up our percentage-covered figure. Let’s bump it up 10%, to a total of 75% of all Android devices covered.

We’ll leave our per-device fee flat, as I don’t foresee market trends looming that would change it. Thus: 1.5 billion devices, 75% coverage at $3 per, and Microsoft generates $3.375 billion in 2017 from Android patent deals.

Recall that this income is incredibly high margin. High enough, frankly, that we can all but score it as profit. Microsoft has a price/earnings ratio at the moment of 17.39. At that ratio, the Android income in 2017 would add around $58.7 billion to the company’s market cap. That’s just over 20% of its current value.

This indicates in frank terms that Microsoft has a massive vested interest in Android’s success, as it is a potential large-scale profit source for itself. Placing the $3.375 billion figure in context, Windows’ operating income in the last quarter was $3.459 billion. Android income therefore may be key for Microsoft’s revenue and profit growth in the next few years.

Using very basic math, Microsoft’s most recent quarter saw it derive revenues of $20.489 billion. It had net income of $6.055 billion. This gives the firm a basic profit margin 29.55%. Thus, the above $3.375 billion in potential profit generated by our estimates would be equivalent to the firm earning $11.42 billion in new, normal revenue.

Taken altogether we can learn the following: Android income is a material profit source for the company. Also, each deal that it locks down puts it in a better position to profit from the explosive growth of Android. Also, the earlier it lands deals the likely it is to have better leverage. If Android continues to grow, Microsoft has a new source of top and bottom line growth that it can count on.

Read next: BitTorrent to Netflix: We're not synonymous with piracy and your business doesn't affect our traffic