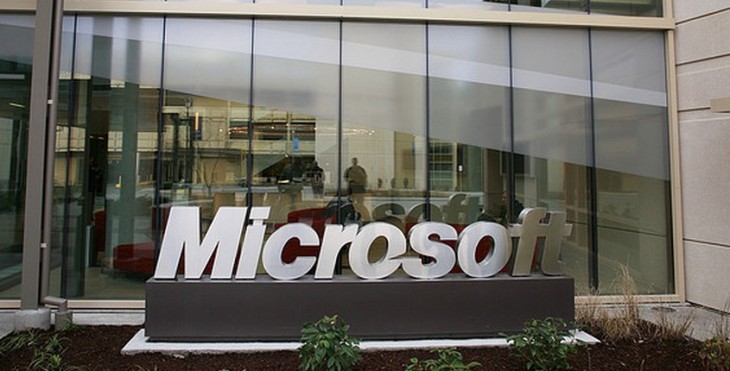 As you might have read today, the formal end of support for Windows XP is now a single year away. In short, come next April 8th 2014, Microsoft will no longer maintain XP. That means no more security updates and the like. When Microsoft cuts off an operating system, users can continue to employ it, but security-conscious folks – such as large companies – will likely have to make the leap to something newer.

The leap to what, is the question. Currently, many enterprise companies are continuing upgrade cycles to Windows 7; Microsoft has guided firms in the middle of such a transition to finish the process, and not stop for a switch to Windows 8.

However, for companies that have yet to jump aboard the Windows 7 train, and are realizing that Windows XP is all but out of time, where does that place Windows 8? According to Paul Thurrott, market share figures for Windows XP indicate that it has a current install base of “over 300 million” machines inside corporations.

A recent report in CIO estimates that up to 450 million PCs in total might fail to update away from Windows XP in time. In fact, CIO has data that well paints a somewhat bleak picture for current PC upgrades:

On Monday, U.K. migration firm Camwood cited a survey of 250 IT decision makers from companies with 2,000 or more employees. According to that poll, just 42% of the represented enterprises have started their shift from XP.

Using Thurrott’s 300 million intra-corporation number, we can quickly estimate that there are at least 174 million Windows XP machines that are currently not part of a shift to Windows 7. Corporations that have yet to move off of Windows XP have the flexibility to move to either Windows 7 or 8, depending on their wishes.

Is this an opportunity for Windows 8 to pick up market share at an accelerated pace? Perhaps, but not for the reason you might expect.

A Microsoft blog post from October of 2012 is remarkably candid about the company’s wishes:

To summarize, we recommend Windows XP customers focus on an accelerated departure from Windows XP, with the goal to move to an environment with Windows 8 deployed side-by-side with Windows 7.

Microsoft is not recommending that enterprise customers make the full move to Windows 8 if, as a company, a move off of Windows XP hasn’t yet been initiated. Is this a dismissal of Windows 8, or an admission that the new operating system is, to use the colloquial, a ‘clunker?’

Not in the last, at least so far as I can tell. If a company hasn’t yet managed to commence a move from Windows XP, what is the chance that that is ready for a dramatic user interface and experience overhaul? I’d suspect all but zero.

Still, for companies that are currently on Windows 7, Microsoft is more bullish on Windows 8:

Organizations with Windows 7 fully in place are in the best position to start taking immediate advantage of the benefits that Windows 8 can offer.

Returning the idea of hybrid deployment, employing both Windows 7 and 8: What might that look like? A Microsoft spokesperson provided TNW with the following comment [Formatting, bolding: TNW]:

Each business has its own unique OS migration approach due to the specific needs of their environment. For some, moving their full company to Windows 8 will be the best choice, and for others it may be migrating first to Windows 7. Still, for many, it will be deploying Windows 8 side-by-side with Windows 7 for key scenarios, such as Windows 8 tablets for mobile users. Enabled by high compatibility between Windows 7 and Windows 8, this deployment option provides the highest level of OS flexibility for each business’s unique need. The overall approach will depend on each customer’s individual situation, taking into account the size of their company, number of existing apps currently in use, data that will need to be migrated and many other factors.

And as businesses plan to purchase new devices as part of their Windows XP migration process, they should consider user scenarios where their company will benefit from having employees use touch devices – whether it is tablets, laptops with touch capabilities, all-in-ones, or other innovative devices. This way, companies conducting hardware refresh cycles can benefit from higher productivity of its users in the immediate term, while ensuring that they are modernizing an increasingly higher proportion of their installed PCs with touch capabilities – readying their business for the future Windows platform migrations.

Microsoft here advocates Windows 8 as a solution for mobile and touch use cases, while still offering the enterprise the option to move to Windows 7, which is a far more familiar experience for those yet trapped on Windows XP.

This is adept strategy, it must be admitted. Microsoft isn’t forcing anyone onto Windows 8; instead, it is offering them the upgrade path that they likely already intended to follow, with the option for more capability through Windows 8’s new form factors and hardware use cases.

The policy brings Windows 8 into the enterprise via benign BYOD practices that won’t upset IT managers given its compatibility with Windows 7.

This won’t lead to stunning adoption of Windows 8 itself, but at the same time it provides the operating system with another avenue to growth: alongside consumer uptake, minor enterprise adoption. Therefore, if the end of Windows XP manages to induce any sort of creativity and flexibility into enterprise-level firms – and we can only hope that it does – it could provide lift for Windows 8.

However, perhaps more important to Windows 8’s future is its coming ‘Blue’ update. We’ll see more of that in June. For now, however, enterprises have little time left to make a choice: Is it better to go it alone and keep XP, move to one of the two newest Windows builds, or a mix of both? Their decisions will determine market share figures for both over the next several years.

Here’s how we will know what they have chosen: As Windows XP market share declines, what rises in its wake?