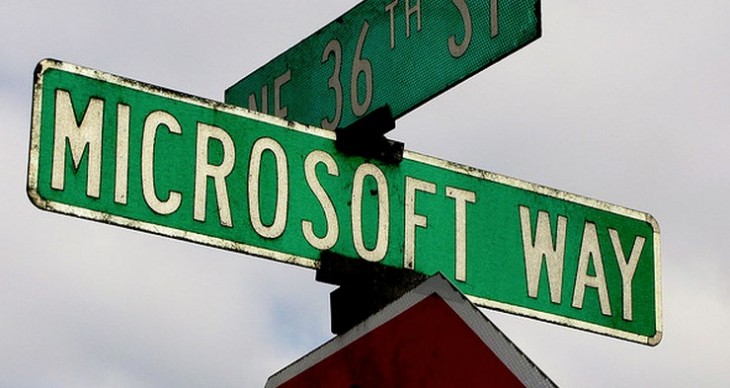 Happy Friday friends, it’s not happy hour yet, but the weekend is peeking from around the corner. That means it’s time to look back at the last week of Microsoft news, and ferret out the most important pieces of news to store upstairs.

As always, do ensure that you are following TNW Microsoft on both Twitter, and Facebook before we begin.

This week, Microsoft confirmed that the Surface Pro ‘Limited WiFi’ issue is real, and will be addressed in coming ‘continued’ updates to the tablet. Ironically, the patches will be delivered tirelessly.

Also out this week in the realm of Surface are bulk orders, allowing for corporations to pick up a whole mess of the tablet hybrids, and Touch Covers. It’s unclear if Microsoft is providing the service out of demand, or simply out of normal product release progression. Either way, supply constraints remain a reality for the Surface Pro device.

That said, Surface sales numbers could use a bump. They remain below expectations. If companies start to pick up fleets of Surface Pro devices, however, Microsoft could be perked demand for its first OEM venture’s results.

It appears that several Microsoft partners, and perhaps even Microsoft itself by association, are under initial probe by the US government for allegedly paying bribes to secure software contracts. Here’s Microsoft stating its knowledge of the inquiry:

Today, the Wall Street Journal reported that the U.S. government is reviewing allegations that Microsoft business partners in three countries may have engaged in illegal activity, and if they did, whether Microsoft played any role in these alleged incidents.

Naturally, we are at the start of the proceedings, efforts that may very well result in no charges, and nothing but a passing dip in Microsoft’s reputation. That said, if something lurid comes to the fore, Microsoft could pay a fine and diminish its moral standing.

Good news, fans of Hadoop: It now runs on the Windows Azure IaaS and PaaS service. The service, dubbed HDInsight, will allow you to “to easily deploy and manage Hadoop Clusters” on Azure. Microsoft’s recent, and torrid affair with certain pieces of open source continues apace.

Azure also picked up support for Windows Phone 7.5, mobile HTML5 clients, Mecurial, PhoneGap, and Dropbox integration this week. If you use Azure, it just became far more flexible. And, if you are an AWS customer instead, Microsoft’s efforts may have become more appealing as an alternative.

Still, driving third-party usage of Azure remains a work in progress for Microsoft, as Amazon’s market and mind share continue to dominate the PaaS business.

This week Microsoft, for the first time, detailed the amount and variety of requests that it receives from governments around the world, for user data. Toting subpoenas and warrants, Microsoft does release information to legal parties with the backing of law.

2.1%: That is the percentage of requests that Microsoft receives from governments that result in the disclosure of what Microsoft calls “customer content,” which it describes by example as for instance “the subject line and body of an email exchanged through Outlook.com; or a picture stored on SkyDrive.” That in mind, the vast majority – 97.9% – of met requests end in the release non-consumer content, which could be a location of residence, or gender of the account holder.

Perhaps most interesting among the data was that the Chinese government made no requests. That begs the question: why? Well, my guess would be that it doesn’t feel the need to ask for what it can ascertain on its own. Think on that.

That’s enough Microsoft for the week. Knock for a coffee and pretend to work a bit more before you go home.