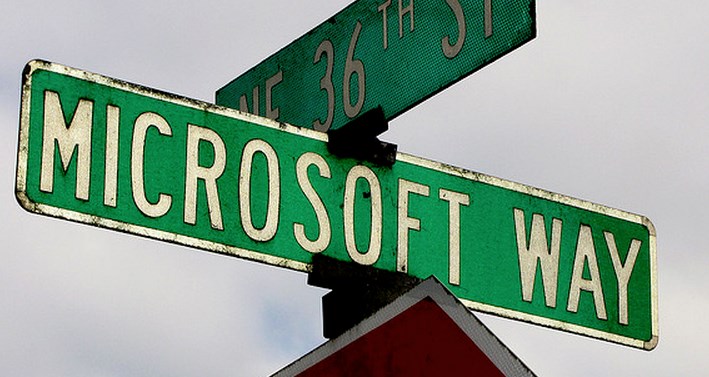 Minutes ago, the Wall Street Journal reported on early probes of Microsoft and several of its partners’ business activities in three foreign countries relating to potential actions of bribery.

Microsoft had provided comment to the Journal. Now, however, the company has released its full statement, which is worth your time. Given the severity of the allegations – the use of funds and gifts to secure software contracts around the globe – we want to provide Microsoft space to respond.

The company doesn’t directly discuss the specific issues at hand, which was to be expected, but does provide context regarding its current situation and where things may go next. All bolding below is via TNW:

Today, the Wall Street Journal reported that the U.S. government is reviewing allegations that Microsoft business partners in three countries may have engaged in illegal activity, and if they did, whether Microsoft played any role in these alleged incidents.

We take all allegations brought to our attention seriously, and we cooperate fully in any government inquiries. Like other large companies with operations around the world, we sometimes receive allegations about potential misconduct by employees or business partners, and we investigate them fully, regardless of the source. We also invest heavily in proactive training, compliance systems, monitoring and audits to ensure our business operations around the world meet the highest legal and ethical standards.

The matters raised in the Wall Street Journal are important, and it is appropriate that both Microsoft and the government review them. It is also important to remember that it is not unusual for such reviews to find that an allegation was without merit. (The WSJ reported earlier this week that an allegation has been made against the WSJ itself, and that, after a thorough investigation, its lawyers have been unable to determine that there was any wrongdoing).

We are a global company with operations in 112 countries, nearly 98,000 employees and 640,000 business partners. We’re proud of the role we play in bringing technology to businesses, governments, non-profits and consumers around the world and the economic impact we have in local communities.

As our company has grown and expanded around the world, one of the things that has been constant has been our commitment to the highest legal and ethical standards wherever we do business.

Compliance is the job of every employee at the company, but we also have a group of professionals focused directly on ensuring compliance. We have more than 50 people whose primary role is investigating potential breaches of company policy, and an additional 120 people whose primary role is compliance. In addition, we sometimes retain outside law firms to conduct or assist with investigations. This is a reflection of the size and complexity of our business and the seriousness with which we take meeting our obligations.

We also invest in proactive measures including annual training programs for every employee, regular internal audits and multiple levels of approval for contracting and expenditure.

In a company of our size, allegations of this nature will be made from time to time. It is also possible there will sometimes be individual employees or business partners who violate our policies and break the law. In a community of 98,000 people and 640,000 partners, it isn’t possible to say there will never be wrongdoing. Our responsibility is to take steps to train our employees, and to build systems to prevent and detect violations, and when we receive allegations, to investigate them fully and take appropriate action. We take that responsibility seriously.

The above text squares with what TNW reported following the immediate coverage of the inquiry, namely that it wasn’t clear if Microsoft itself was to blame, or if its partners were the offending parties.

Though the above Microsoft statement does appear to set the firm slightly apart from the acting parties in the bribery allegations, the situation could be more complex than we currently understand. Until this is utterly ferreted out, no one is to be absolved.

However, again, Microsoft may face a fine. The situation is in no way existential to its larger function as a corporate entity. However, it may lose some brand prestige if it is drawn too heavily through dreck.

Read next: Google Image Search now allows you to search specifically for animated and transparent Gifs