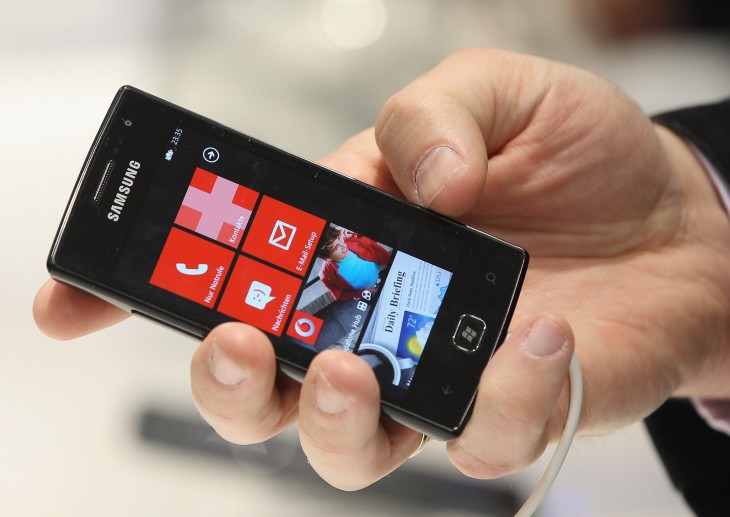 We’re off to the analyst cavern again friends, this time with Detwiler Fenton sending tracts of the media into a discussion concerning Samsung’s place in the Windows Phone market, and how its active participation is in fact harming Microsoft’s mobile efforts.

AllThingsD’s John Paczkowski has the best summary of the idea, which I quote:

Is Samsung’s interest in Microsoft’s Windows Phone 8 on the level, or is it a ploy intended to slow the platform’s market penetration? Boutique research house Detwiler Fenton believes it may be the latter, a concerted effort by Samsung to hamstring Windows Phone 8 as it ramps up development of its own Tizen mobile OS.

That’s a big allegation. And one that would require a tin foil hat to believe, right? Here’s a quote from the report that makes the claim’s substance:

While Samsung insists on receiving extensive engineering support (which they are getting) from Microsoft, there is no evidence that Samsung has any interest in seeing the Windows Phone platform succeed.

The implication is that by draining Microsoft’s mindpower, it harms the attention that it could provide to other OEMs.

Paczkowski, noting that the idea is a “bit of a stretch,” does outline well what in theory could be at work: “[Samsung] feigns interest in Windows Phone 8 [thus draining its time, as noted before] until it’s ready to unleash Tizen, and when it does, it has only Android and iOS to deal with.”

Let’s dig into this in pieces, refuting Detwiler Fenton in tranches. In the end, we’ll prove that our analysts have it wrong, as per usual.

Alright, let’s presume that Samsung is building subpar hardware in the short term in an attempt to merely drain Microsoft of its ability to support other OEMs, and thus hamper its larger effort. You might make this argument, looking only at Samsung’s utterly forgettable ATIV Odyssey.

However, a longer perspective helps here. Samsung’s Windows Phone hardware has always been poor. The Focus? Remember the chunky, bland, bad Focus? Oh, and don’t forget to forget the Omnia 7 and its delayed firmware rollouts.

Point: If Samsung is working to waste Microsoft’s time, why is it wasting so much of its own time and money? Delaying a competitor by supporting them through the infancy of their platform by consistently building hardware to run their software isn’t sabotage, it’s either the act of a friend, or a hedge. We’ll get back the idea of hedging shortly.

The idea that Microsoft is being materially harmed by Samsung’s support of its platform only works if the company’s OEM attention bandwidth has little to no idea how many people Microsoft work on its OEM relationships. Also, Samsung builds PCs. Such as the Samsung ATIV tablet.

Thus, Microsoft and Samsung have a multi-platform relationship in which Samsung spends heavily to build machines to support Microsoft’s platforms. Don’t forget, though, that Samsung is out to gank Windows Phone.

Keep this in mind: Windows Phone is a Microsoft darling at the moment, and the company is willing to spend and invest whatever is needed to be a player in the mobile market. Especially right now, after the strong – for Windows Phone – launch of Windows Phone 8.

Thus, to posit that Microsoft is somehow being bamboozled into ignoring other OEMs to support Samsung’s mediocre efforts is ridiculous.

Forbes, take it away!

The Boston-based brokerage firm Detwiler Fenton asserted in a research note this morning that the company is likely to sell less than 1 million units in the December quarter. […] Detwiler says that had originally expected sales in the quarter of 2-3 million Surface Pro tablets, the Intel version of the device – but it hasn’t even launched.

Good job, Detwiler Fenton! You predicted millions of sales of a device that wasn’t on sale!

Why would Samsung participate, albeit in a somewhat reserved fashion in the Windows Phone market, if it is building its own platform, and is king of the Android roost? Simple: it’s hedging.

Let’s say that Tizen, its own operating system, tanks. And Google manages to use Motorola to great effect, conquering Android market share. To avoid the fate – ironically – of HTC, after it began to lose on Android, Samsung needs another platform in its pocket.

And there you have it. We can all knock off for a pint now.

Read next: Lagging behind Gmail and Outlook.com, Yahoo's email boss Vivek Sharma has exited the company