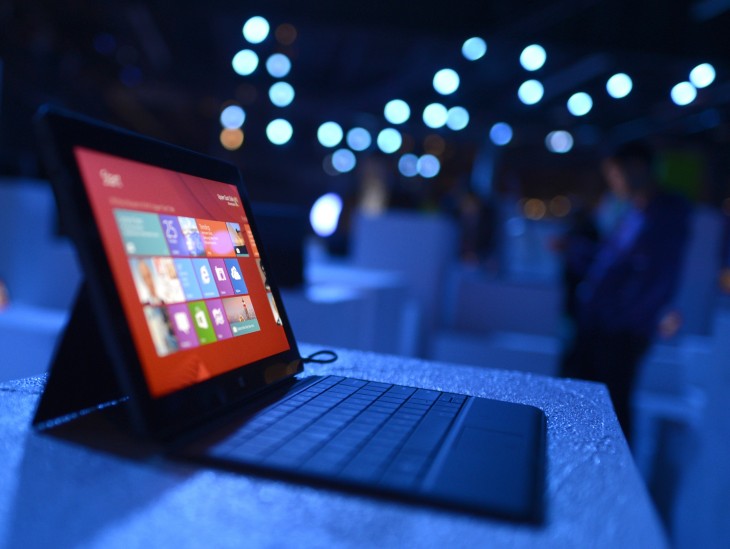 Today Bloomberg reported that Microsoft has sold roughly 1.5 million Surface devices, 400,000 of which are the Pro model, which went on sale roughly three months after the cheaper RT model. The Surface RT debuted alongside Windows 8, the operating system that Microsoft built to better tackle a mobile future.

The Surface RT went on sale on October 26th, or 139 days ago. At a roughly 1.1 million unit sales total, the Surface RT has sold roughly 7,914 units per day over its history.

For those who appreciate a good ratio, Surface Pro devices have been outselling their RT counterparts 1.53:1. Naturally, that comparison is unfair, given that the Surface RT has been in the market longer, and has thus had more time to see its sales ‘cool.’

The figures are reportedly below Microsoft’s expectations, but not low enough to sink the Surface brand. Selling a combined 20,000 tablets per day at current clip, assuming for the sake of mathmagic, a $700 average price point, the company is moving around $15 million in Surface product per day. That’s more than $1 billion per year, making the Surface team part of the billion-dollar business club at Microsoft.

At the firm, cresting the $1 billion per year run rate revenue mark is a key milestone. Surface will cross it in its first year in the market. If the Surface Pro, with its higher sticker price, manages to keep up its higher sales rate, it could be a key pillar to Microsoft’s tablet effort.

Further reading: Microsoft’s Surface RT off to a tepid start in China with just 30,000 units shipped in Q4 2012: IDC