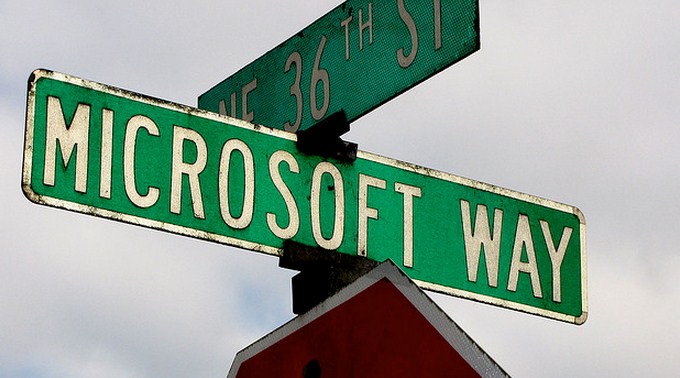 Happy Friday dear readers, it’s time for our weekly look back at all things Microsoft. As per usual, ensure that you are following TNW’s Microsoft channel on both Twitter and Facebook, and let’s dispense with babble and embark into the news.

This week Microsoft announced that its Outlook.com product had crossed the 60 million active user mark, causing the firm to both rip the ‘Preview’ tag from the service, and start a massive advertising campagain in its favor.

That Oulook.com is succeeding as it is can be viewed as both tribute to its quality, and a point in favor of the argument that Hotmail was in effect all but unsavable.

The advertising campaign that Microsoft has in mind will not be limited to nerds and general techies. As a fun aside, if you have found yourself, over the past few months, inundated with Outlook.com ads, Microsoft’s targeting systems have determined that you are a geek. However, the new advertising push will hit the general populace.

And Microsoft is now in the process of shunting folks from Hotmail to Outlook.com with a bit more oomph. All will be shifted by ‘summer.’

Skype and Lync are buds

Microsoft, working to better integrate its products, announced that Skype contacts are coming to Lync, allowing for users of its enterprise communications client to reach out to its consumer voice and video service seamlessly.

This both increases the value of Lync and Skype individually, as they now enjoy larger use-cases, but also helps to ensure that Lync itself isn’t isolated from other Microsoft products and services. When Microsoft dropped more than $8 billion on Skype, it felt akin to a slight of Lync; would there still be a place for Lync at the firm?

The answer appears to be yes, if for no other reason than the product has real market adoption momentum. Unifying it with the freshly acquired Skype might be a long-lasting compromise.

Surface RT: not big in China

The Surface RT has sold [redacted] units thus far the world around. However, in China, it might not be performing as expected:

Microsoft has gotten off to a slow start with sales of its Surface RT in mainland China, according to new estimates from IDC that peg the company’s fourth quarter 2012 shipments at just 30,000 units.

The Surface Pro remains hard to find in the United States, if you want to pick up the 128 gigabyte model. However, Microsoft did add a bit more stock to its online store, but those who picked up a device had to wait up to three weeks for their Surface to ship.

Those pre-sells have sold out as well. Microsoft stores that did have stock advised folks calling in to get over in a hurry, or face another waiting period. Whatever demand level Microsoft anticipated for the Surface Pro, it undershot the mark by a multiple.