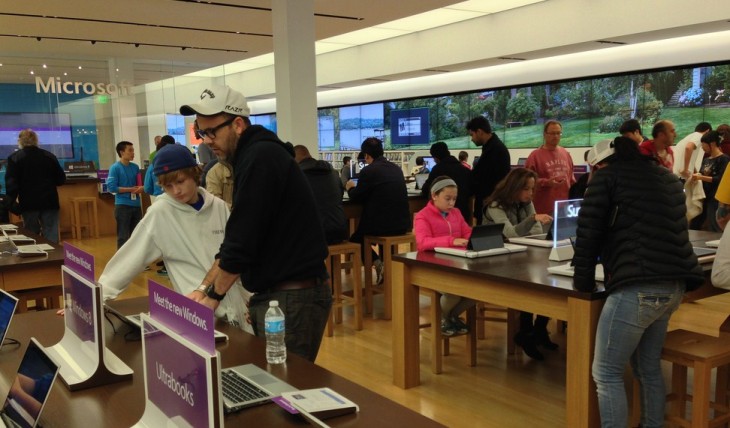 Heading into the weekend, Microsoft today released a set of updates concerning supply levels for its Surface Pro product, which has suffered from supply incommensurate with its demand levels since its launch last Saturday.

Customers can again purchase a Surface Pro from Microsoft’s website, but those devices may not ship for between two and three weeks, or “based on incoming inventory.” That inventory is limited, with Microsoft promising that “Once inventory is depleted, the system will show as ‘out of stock.”

Regarding its retail partners, Microsoft stated that Best Buy supply levels are rising, and that reservations are allowed. However, reservations will only be accepted in keeping with “new inventory they know is coming in next week,” thus allowing for reservations themselves to sell out. Microsoft claims that “many” Staples currently have inventory.

For Canadians, Microsoft demurred on 128 gigabyte Surface Pro supply, but did note that 64 gigabyte models could be reserved.

The Surface Pro, received coolly by critics, has performed perhaps more strongly as a commercial product than expected. However, it’s quite difficult to gauge if current supply constraints are due to higher than expected demand, or simple channel thinness. The Surface RT managed to partially sell out at its introduction as well, but hasn’t performed strongly in the intervening months.

Still, Microsoft continues to publicly glow about the Surface Pro launch, stating that it is “excited” by demand.

For more on the Surface Pro, TNW’s hands on review is worth your time.