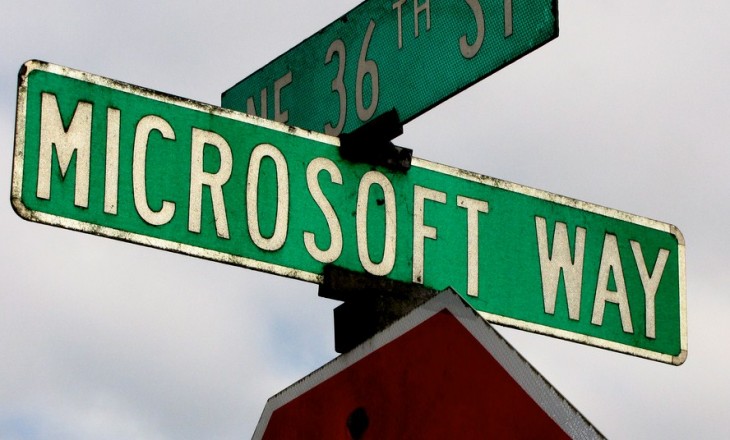 Happy Friday everyone, I do trust that you are ready for a break. However, before you go off into that brave wild, let’s take a look back at the last seven days of Microsoft. After all, it’s how we end cap off each and every week, and who are we to buck tradition.

As always, ensure that you are following TNW’s Microsoft channel on both Twitter and Facebook, and let’s dig into the news.

Last Saturday the Microsoft fan community was ablaze with notes concerning what appeared to be a near-complete sell out of the Surface Pro tablet hybrid’s 128 gigabyte SKU. Starting with Microsoft’s own website, there were widespread reports of tight supply in partner stores as well.

Microsoft confirmed the supply constraints, stating that it was “working with [its] retail partners […] to replenish supplies as quickly as possible.” Microsoft products such as the Surface RT and the Zune HD managed to at least partially sell out on their debut, putting the Surface Pro’s launch in perspective.

Still, there was demand for the device, meaning that Microsoft’s new device is not an utter flop. Sales numbers at the year mark will score the game, however.

For the 25th consecutive month, the Xbox 360 console was the bestselling console. Microsoft, now two years into its program of dominance, sold 281,000 units in Janurary. Total spend for the Xbox ecosystem, according to the NPD Group, was $338 million during the month.

This in the year that Microsoft will replace the Xbox 360 with a device that likely runs on a shared core with Windows, and will support a huge number more games, apps, and services. Microsoft has masterfully kept the Xbox brand not just alive, but thriving. We’ll learn more at E3.

Details on the Skype-Messenger transition were announced today. Here’s the short version: Messenger users are about to be shunted to Skype against their will. Naturally, this was long coming, and the switch has been trumpted for months.

The software giant will commence moving the Messenger userbase to Skype, sans the ability to say no, on April 8th. Clients that are English-based are up first for migration. The process will conclude with the what the firm described as “Brazilian Portuguese” on April 30th at the earliest.

If you intend on pining after the days when Messenger ruled supreme, don’t.

And finally this week, Microsoft’s own Bill Gates took to Reddit to answer questions, and generally be an amazing badass. You can read the full text of his AMA, or ‘ask me anything’ here.

However, for a sample, we have you covered:

Read next: AllThingsD reportedly courted by Conde Nast and Hearst as its News Corp contract comes up for renewal