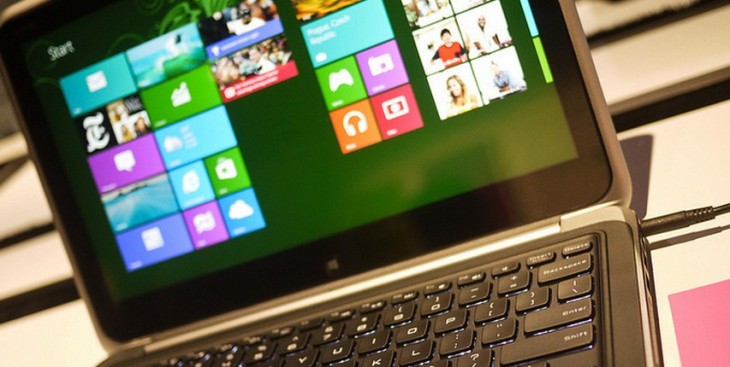 Happy Friday dear friends, I do trust you are ready for the weekend’s imminent arrival. As a note, Mary Jo Foley and myself were the first guests of the Redmond Post’s new podcast today. The Redmond Post, previously Zunited, is a relaunched site with the same guys you might have read before. When the podcast lands, tune in and support their indie effort to keep the conversation going.

Now, ensure as always that you are connected to TNW’s Microsoft channel on both Twitter, and Facebook. Let’s get into it.

TNW was fortunate to have been given a Surface Pro by Microsoft for short-term testing, which we undertook with some gusto. The device, quite similar in a number of ways to its brother, the Surface RT, packs a Intel i5 processor, and runs a full build of Windows 8; Windows RT and its limitations are no where to be seen.

Here’s a the wrap-up from our review:

The Surface Pro is a very cool device, in that it’s neat to use, test, and generally tool around with. However, I cannot imagine making it my main work machine, which is where Microsoft is placing it: in the middle of my desk, hooked up to one of my external displays.

The Surface RT, in being an unabashed tablet that has a nifty keyboard to extend its usability and value, succeeds more than the Surface Pro in being something worth owning.

The Surface Pro is too much hybrid for its own good, losing to cheaper devices for each of its use cases, leaving it too expensive, and almost beached in its audacity. That said, the devices will find limited, but perhaps meaningful adoption in certain enterprise circles.

Enterprise adoption will be the deciding factor for the product. The Surface Pro can be touched at many big-box electronics stores, including Microsoft’s own retail locations. Go test one.

Today SkyDrive announced a key milestone: it now has over 1 billion Office documents stored in its servers. Not bad, we say.

However, that new record for the service pales in comparison to its other piece of news, as TNW reported: ” you can now share and edit documents in the company’s Office Web Apps without having to sign in to your Microsoft account.”

This opens the use of Office Web Apps to any person online, a almost strange loosening of the ties that hold together Microsoft’s new cloud-OS-productivity-communications web that is all firmly tied together with Microsoft Accounts.

Microsoft is likely doing this in order to drive adoption of its web applications, which it expects will in turn convert users into Microsoft account holders. We’ll see.

I was lucky enough to spend time with Microsoft’s Tami Reller, half of the duo that currently runs Windows. She was predictably intelligent and well spoken. She declined to detail new Windows 8 or Surface sales numbers, sadly.

Our talk involved a lengthy run-through of OEM-built Windows-based devices. She was typing on a Surface, however. The talk ended with us concluding the following:

Microsoft faces a unique set of challenges: OEMs that have been too slow to adapt to market demands, a new operating system that requires user adaptation, and weak market fundamentals that could slow PC demand and thus the roll out of Windows 8. Still, from the short views into the company that we have been afforded, through the rose-tinting of structured meetings, Microsoft appears as confident as ever in its product choices.

Thus, if you had been hoping for a retreat from the company’s Metro-based Start Screen, prepare to be disappointed.

The WINE project, which brings Windows applications to the Linux environment, is being built to allow for the running of Windows apps on the Android platform. This means that tablets running Android, could, in theory, play League of Legends as well.

The technology is still very nascent, basically at a proof-of-concept stage. If this becomes more real, we’ll let you know.

Now knock of and have a bourbon with a twist.

Read next: After not installing its own tools, security firm Bit9 hacked as crooks use its certificates to sign malware