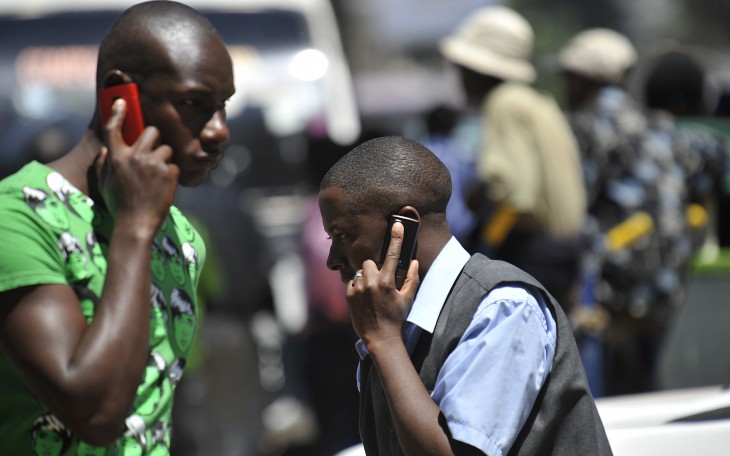 Microsoft has set out on a mission to help one of the fastest growing technology markets in the world remain competitive. The software giant announced today that it was launching its 4Afrika Initiative to help accelerate adoption of smart devices for those in Africa.

In order to put more devices in the hands of educators, students, small businesses, and entrepreneurs, the company has teamed with Huawei to provide a new Windows Phone for the continent.

With the 4Afrika Initiative, Microsoft hopes to engage in Africa’s economic development in order to improve its global competitiveness. It estimates that by 2016, the initiative will help place tens of millions of smart devices in the hands of African youth, bring 1 million African small and medium-sized businesses online, upskill 100,000 members of the continent’s existing workforce, and help an additional 100,000 graduates develop employable skills. It also says it hopes to help 75 percent be placed in jobs.

The first in a series of smart devices that will be developed specifically for the continent, the Huawei 4Afrika with Windows Phone 8 will be available in seven countries later this month, including Angola, Egypt, Ivory Coast, Kenya, Morocco, Nigeria, and South Africa.

The phone comes pre-loaded with custom apps created by African developers just for African consumers. It has a 4-inch 480 x 800 display, dual-core 1.2 GHz Snapdragon processor, front and rear-facing cameras, and 4GB of internal storage within a 10 millimeter-thin case. Huawei says that the phone has 420 hours of standby time (over two weeks worth) because of its power-saving technology.

Jean-Philippe Courtois, president of Microsoft International, says that the company is focused on shining a spotlight on Africa now because “we believe there has never been a better time to invest in Africa and that access to technology — particularly cloud services and smart devices — can and will serve as a great accelerator for African competitiveness.”

Microsoft is quick to note that this isn’t the first time Windows Phone has landed on Africa’s shores. HTC, Samsung, and Nokia all are used in the continent and the company hopes to leverage that adoption to aid the 4Afrika initiative, which includes a joint Nokia and Microsoft customer training program in Kenya and Nigeria to help accelerate adoption of the Nokia Lumia 510 and 620 phones.

Being involved in Africa is not only about helping those prosper and develop, but also recognizing that the continent is rapidly growing technologically and has found innovative ways to use mobile devices to get by and communicate with one another. Microsoft has already begun taking steps to help the continent through its initiative.

In Kenya, Paul Garnett, the company’s Director of its Technology Policy Group, and Louis Otieno, Legal and Corporate Affairs Director for Africa Initiatives, said that Microsoft has entered into a Memorandum of Understanding to present a framework of cooperation with the Kenyan Ministry of Information and Communications, along with industry partner Indigo (a Kenyan Internet Service Provider). Because of this, the parties launched a project to deliver low-cost, high-speed wireless broadband to various locations that don’t even have basic electricity.

Garnett and Otieno say that they want to ensure that local public institutions in the country have the technology and knowledge needed to take full advantage of the new access to broadband. To do that, they say:

Using the latest Windows 8 tablets, Windows 8 applications and Office 365, project partner Indigo is providing computer labs and offering instruction at each school. The agricultural extension office in Kalema will also receive the Office 365 suite of services to help accelerate economic development in this largely agrarian community.  Finally, the project partners are also working with both community leaders and Kenyan content providers to identify the most-needed services and applications for each location and develop Windows 8 applications focused on education and agriculture.

Besides Kenya, Microsoft has started a new SME Online Hub, which it says will give African businesses access to free, relevant products and services from the company and its partners. Furthermore, it has established the Afrika Academy that it will use as an education platform leveraging online and offline learning tools in order to help the country’s people develop technical and business skills. The academy is free to higher education graduates, government leaders, and the Microsoft partner community and classes start in March.

Other efforts through the 4Afrika Initiative

Microsoft says that the 4Afrika Initiative is tied to more of its 10,000 partners on the continent and will leverage each one to advance the common goals and create value for Africans. Besides the efforts mentioned above, there are several others, including: