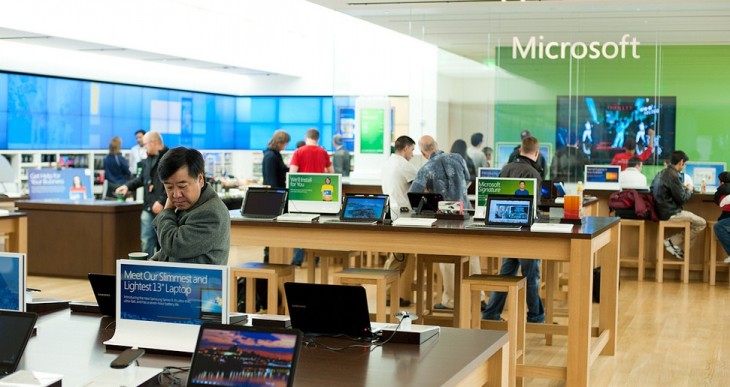 You likely won’t be able to take one home yet, unless a store makes a serious error, but if you are enterprising enough to do a little searching, the chances are decent that you can get some hands-on time with Microsoft’s Surface Pro tablet ahead of its official launch date.

Engadget today reported that the device, which will eventually be on sale at Staples, Best Buy, and Microsoft Stores in Canada and the United States, can be found at certain stores from those chains. Quite obviously, we cannot tell you which stores have received the devices and put them out in what appears to be a somewhat willful early outing, but if you live near a Big Box Electronics Retailer, a short trip could yield you a first look.

The Surface Pro tablet hybrid, bigger brother to the Surface RT device, will go on sale February 9th in the United States and Canada. It starts at $899 for the 64 gigabyte SKU, and $100 more for twice the storage.

TNW was provided with limited hands-on time with the device previously, which led us to report the following:

That said, the strong material and build points that Microsoft earned with the RT spill over to the Pro; it’s built with the same care and appreciation. If you don’t like Windows 8, the Surface Pro will do nothing for you. If you liked the idea of the Surface RT, but wanted a bit more power and flexibility the Pro could be a fit for you.

The Surface Pro is a unique and interesting device. Priced much higher than its Surface RT sibling, it will compete with the Ultrabook market, as Intel works to lower the price points of those devices, and adds touch-screen capabilities to each model in the lineup. Still, the Surface Pro could find adoption among business-oriented customers in the BYOD future of the enterprise space.

At its highest cost, $999, the Surface Pro abuts the cheapest Macbook Air, by way of comparison. The device recently came under fire for providing limited storage space for its end user, a complaint that also applied to the Surface RT. Windows, now touch enabled, remains not small.

It will be a busy week of Surface news, we presume, as Microsoft gears up for its launch, so stay tuned.

Read next: Android malware emerges on Google Play which installs a trojan on your PC, uses your microphone to record you