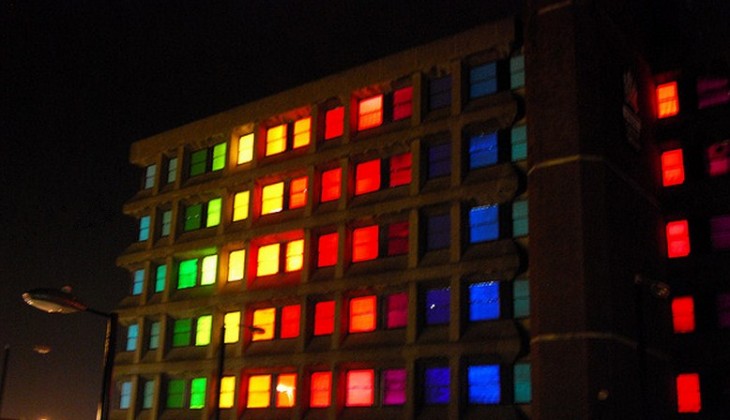 Today Microsoft announced the availability of Office 365 Home Premium, a partially cloud-based productivity solution for consumers that melds the traditional Office desktop applications and a number of web services that represent the company’s vision for the next generation of work.

The product will cost $99.99, billed annually. The company likes to position that cost at a rate of $8.33 per month, but consumers will not be granted the ability to pay as such. Thus, the $100 price point is a more apt method of understanding the cost structure of the product. [Update: Our notes were wrong. The service will be offered at a monthly price point of $9.99.] The yearly price will allow Office 365 to run on five devices, granting a family to install the desktop applications across their laptops, tablets, and desktop machines.

Office 365 will be available in 162 regions at launch, supporting a total of 21 languages. Critical to the release of the Home Premium edition of Office 365 for consumers is a revamped Office.com. The new website is a central location for the product, a new role for the website that currently functions as a template source and purchase point for perpetual, stand-alone Office purchases.

Office.com will contain an application store – the Office Store, predictably – in which consumers will be able to purchase add-ons for their Office suite, if they so desire. Prettier graphs and the like will likely contain the majority of its fare.

Aside from the consumer-focused Home Premium product, Microsoft also announced that Office 365 University, which will retail at a cut price of $79.99 for a four-year subscription. It features the same mix of features as Office 365 Home Premium, but will be available in a smaller pool of 52 markets. Finally, Office 365 for businesses has been retooled and will be generally released in its new format on February 27th.

Digging into the Office 365 Home Premium product is a unsurprising experience if you are accustomed to any beta of the Office 2013 suite, and Microsoft’s cloud tools. If you have used Office 2013 in any capacity, and can work your way around SkyDrive, the two pieces that are the soul of the subscription service, you will feel at home. Microsoft, which announced the slurry of components that form the service last year, hasn’t changed the mix.

Users of the Home Premium edition of Office 365 are given an extra 20 gigabytes of SkyDrive storage, on top of their free 7 gigabytes, taking them to a total of 27 gigabytes. In the installation process for Home Premium, Office touts that this is enough to store thousands of documents and spreadsheets.

In testing, it is an expectable offering: A hybrid of Microsoft’s rock-solid desktop apps, and a slurry of almost-nascent web tools that have yet to reach maturity. Taken as a whole, the service has two elements that are tough to chew: its name – Home Premium is as clunky as Microsoft can manage on long notice, it appears – and integration points between the desktop, the Metro, Windows 8 Start Screen environment, and the larger web.

The process of installation is heavy on explanation: this is Office everywhere. The ability to save documents to the cloud, access them wherever through Office Web Apps, and sync changes are pointed out to new users, helping them better conceptualize their new service.

TNW’s has jokingly called Office 365 ‘Office The Service,’ in comparison to the stand-alone Office 2013 set of desktop tool, which this publication has referred to as ‘Office In A Box.’

Once installed, assuming that a user has correctly set up their Windows 8 experience, they can, without issue, type in the desktop version of Word, save to Skydrive, change machines, execute edits, and then have their work brought down to the former machine when they return. It works, in short, how Microsoft intends it to.

Still, the traditional Office environment feels in practice as if it has its cloud soul attached to it at the end of its development.

If Office 365 Home Premium feels slightly like an album with a number of strong tracks, but lacking an overall cohesive narrative, that’s due to Office 365 as a larger franchise suffering from the same issues.

However, Microsoft is a company executing a larger dance that will need two steps to complete. Office 365, in every version, is the stapling of Microsoft new cloud tools that it is rapidly developing and integrating, to the same desktop experience it has vended for decades.

This grants the company the ability to provide a comfortable sales point to students, consumers, and the enterprise – it’s what you already know – while also bringing them into its cloud environment and extending their capabilities.

Awkwardness in the product can therefore be viewed from the perspective of a company working to move its self-reported 1 billion Office users to the future – services, as it loves to repeat – without causing them to flee ship to a free product and thus, god forbid, stop paying Microsoft for productivity tools. This is doubly true for larger companies, whose repeat business is a bulk percentage of the Business Division’s billions in yearly revenue.

Office 365 is Microsoft’s prodiutivity stepping stone from the desktop to the cloud; a forced half-way step brought on by a massive consumer and enterprise userbase that isn’t as nimble as us in tech. They must be brought over in steps.

In that role specifically, Office 365 works.

Despite the new life of Office.com as a place to buy Office 365, manage certain functions, and snag apps for the tool, SkyDrive is rapidly becoming the central hub of Office.

It is the location in which Microsoft will always have the latest edition of your documents and files, where you go to start working with the stripped-down Office Web Apps, and is a persistent function in similar form across every platform where Office will work: Windows Phone, Windows, and the web.

I highlight this as without SkyDrive, Office 365 Home Premium or otherwise does not work. As the glue between each different version of Office – there are two versions of One Note, one Metro and one not, one example of the straddle that the Office team has to endure as Microsoft revamps Windows at the same time as it is rebuilt – if it falls, so too does the product.

In discussion with Microsoft, TNW asked specifically what success would look like for the Office 365 product, and its Home Premium edition in particular. The company, we were told, appreciates that the move to the cloud for Office is a journey. What you see today with Office 365 in its various SKUs is not the end, but instead a molting point.

Citing education as a key piece to the puzzle, the company stated that Office as a subscription, our Office As A Service, is the future of the product. As the profile of Office 365 grows, the stature of Office In A Box will decline.

The final element to the company’s news today is the comparatively low price of Office 365 for students, that works out to $20 per year while they are in school, again paid for up front as a lump sum.

If Microsoft wishes to continue to charge for Office, competing with a paid, and therefore premium service against free offerings such as Google’s Docs set of apps, it must maintain mind share among youths that will enter into the work force in short order. Thus, a relatively expensive edition of Office 365 will allow the company to pull a BMW 1 Series: a still high-quality service at a price that will get soon-to-be professionals invested in its brand.

Office 365 will improve over the coming years, moving at a rate that is new for Office, a franchise long dependent on big, occasional releases.

Moving Microsoft to a true services company will take years. However, the process is now deeply underway.

Read next: Write once, run everywhere: Codename One brings its mobile app development kit out of beta