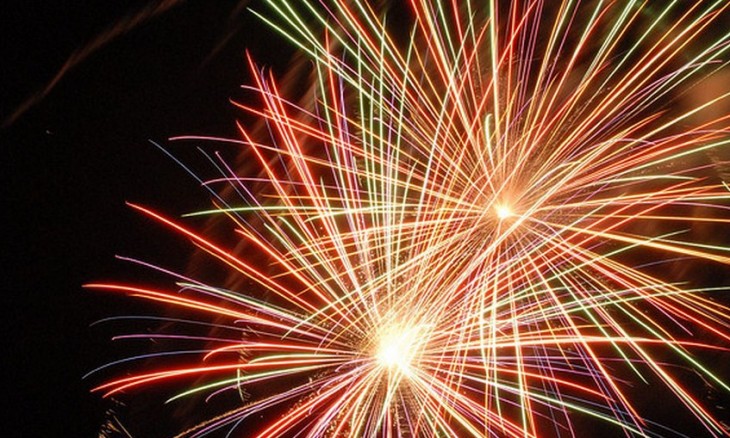 It’s difficult to state how large, and impactful, 2012 has been for Microsoft. The company has laid a new course for its key platforms, repositioned itself squarely in the middle of a new business model, and has set the stage for product unification and integration on a scale that it has never enjoyed.

Microsoft is mid-stroke through a complete turn of its corporate vision. In 2012, its CEO Steve Ballmer declared that the firm is now a ‘devices and services’ company. Almost, but not quite. The company hasn’t yet made the full switch to that model, but it has set its bearings in that direction. 2013 will bring the company closer to the vision, but even after another 12 months Microsoft will not have molted completely.

The admission that the company is now a vendor of hardware and subscriptions instead of high margin, unit-sold software was a statement of past progress in that the change didn’t come overnight. 2012 has been a key period of this transition.

The simplest way to frame that point is the rising profile of Azure inside of Microsoft, as the company increasingly leans on its own cloud PaaS and IaaS capabilities to host its first-party applications and services. Azure, born out of a slit in the side of Bing, is quickly becoming the key computing skeleton for the company’s services future. In short, if it runs in the cloud and it’s a Microsoft product, it will run on Azure.

That rule of thumb excepts SkyDrive, which will land on Azure soon enough but currently runs on its own metal.

Microsoft’s 2012 was more than a year of transition, naturally, as the company went through a product release cycle that was perhaps the largest of its corporate life. The second half of the year saw the launches of Outlook.com, Windows Server 2012, Windows 8, Windows RT, Windows Phone 8, the Surface, a refreshed line of OEM-built smartphones, Office 2013 (mostly, that is), and shortly, updates to Office 365 that will bring it to the consumer space. That’s not including refreshed developer tools, and enterprise software releases of both minor and major importance. Not bad for 6 months.

All of the above ties together. Microsoft’s new corporate direction is embodied, largely, in its new products. And from the other direction, its new products reflect its new vision. Simply, Microsoft is abandoning its past methods, and moving into a new future with guns flashing.

There have been setbacks. Windows 8 and the Surface have performed under expectations, despite blanketing advertising campaigns. However, while the flagship Microsoft product has endured a mild launch, other parts of the company are finding fresh momentum, including Windows Phone 8, whose improved metrics are a breath of hope into much of the company’s mobile vision.

Broadly, Microsoft wants to sell you a device and several subscriptions to software that you use on a daily basis. Gone, soon, are upgrade cycles measured in the half decade. Office 365, for example, looks to update on a 90 day cycle. IT managers of yore would choke at the idea.

This post will quickly scoot over a number of Microsoft launches – you can guess which – to provide conclusory context and notes for 2012. Following, we’ll sketch a 2013 for the company, pulling together the best spherical crystalline image that we can. Let’s get into it.

Windows 8 is the core component of the new Microsoft, as it is the main platform that most of what the company is building will run on. That’s partially incorrect, as much of Windows 8 runs on Azure, but Windows 8 is the user-facing product that will deliver Office 365, SkyDrive, Outlook.com, Bing, and other cloud-based services to consumers the world around.

However, using Windows 8 is akin to being served food that is not quite hot; it’s simply not there yet as an operating system. Sales have matched this weakness. That said, Windows has sold tens of millions of copies, and will cross the hundred million license benchmark in the first quarter of calendar 2013. This means that even with its issues, Windows 8 will suffice as early foundation for Microsoft’s services vision.

Putting Windows 8 and its launch and life into context is simple. Office 2007 brought with it radical changes to its user interface and function. It sold decently, but was no slam dunk. Office 2010 solved many of the challenges that Office 2007 suffered from. However despite retaining much of Office 2007’s glaring changes, it went on to be a smash hit for Microsoft. Windows 8 is Office 2007. The next version of Microsoft – Blue, if you are counting – will hopefully solve Windows 8’s quirks, keep its new user interface elements, and complete the change of Windows from a desktop operating system to one that runs on your desktop, laptop, tablet, and phone.

This brings us to our next topic.

When Apple introduced the iPhone, it claimed that the phone ran OS X. It didn’t, or at least not precisely. Now much later, Microsoft is moving Windows Phone to Windows, if in pieces, in some ways mirroring Apple’s early promise.

With Windows Phone 8 the company released a mobile operating system that employs much of Windows’ guts, with a different interface layer running on top. This is a dramatic move from the earlier days of Windows Phone.

Windows Phone 8 launched in late 2012, in conjunction with the Windows 8 and Surface release death march that nearly killed Microsoft, its two PR companies, and half the press. It has been a surprise hit for the company. Developer interest has sparked since the platform was moved to a Windows core, and consumer demand for handsets that run the mobile OS have spiked several fold. Developer revenue has risen in turn.

The early success of Windows Phone 8 does more for Microsoft than simply boost Windows Phone. Increased Windows Phone market share means better performance for Bing, Xbox LIVE, the new Xbox Music product, Office, and on down the line. As Microsoft moves its software to the cloud, having more devices that link to the cloud is a key driver of growth.

And there is no better way to drive the growth of its cloud services from a mobile perspective than to sell more Windows Phone handsets as they are directly linked to the software products in question.

Windows Phone 9 will likely come all the closer to pure Windows. TNW fully expects that, eventually, Windows will simply have tablet, desktop, Xbox, and phone versions. Windows Phone 8 is a large step in that direction. And it’s working.

The specter of the cloud drifts over Office like a hopeful hangover. The verticals have been inscribed with the fact that selling Software-In-A-Box to consumers for hundreds of dollars will give way to cheaper, subscription-based services delivered through the cloud. Thus, Office must reinvent itself or lose. Microsoft is busy doing just that.

Its purchase of Yammer is merely component to this. Office 365 is the key product that Microsoft is using to take people from the past, to the future; it is the midway point:

Office 365 is the bridge by which Microsoft is taking Office into the future. But, it can’t risk the health of one of its key breadwinners. So, it’s offering the same old legacy SKU pricing system, and offering mid-way cloud/desktop hybrid products at attractive price points as a way to get folks warmed up.

Office 2013, by being included with Windows RT, helps make the point.

Office is a key revenue and profit center for Microsoft. As such the company cannot afford to disrupt its income flow. The process of rejiggering it for the future will require experimentation, fresh thinking, and the maintenance of old conduits to ensure revenue. Putting that another way, Office 365 is the experiment, Yammer is the fresh thinking, and Office 2013 the maintenance of the past.

The Surface is the embodiment of Microsoft’s new direction: it is a device that delivers services. If the Surface RT was a better experience, and its price lower, the device would sell better. However, as first steps go, it’s a strong move; Microsoft has established that it can hold its own as a premium OEM. Ironically, the company stumbled on the software side of the product.

The Surface project will see its second inning begin in early 2013 with the release of the Surface Pro. This will bring a full Windows experience to the Surface, and perhaps find the device new clientele among the monied corporate sect.

As with Windows Phone, there is no better path to mobile usage of Microsoft cloud services than hardware running its platform. Therefore, the weak sales of the Surface are a disappointment. 2012 saw Microsoft abrogate its role as impartial shipper of software. It’s not exactly new territory for the company, but it remains a radical step nonetheless.

The key word for Microsoft in 2013 is convergence. The company is uniting its products, aligning and integrating them into a more cohesive whole. It’s about time. The painful days of Live are behind us at last, it would seem. Much work remains, and that is what the coming year is for.

We should see Azure continue to expand, and support the growing set of services that Microsoft vends. The new Xbox should be announced, and in the view of TNW it will run on a shared Windows core akin to the Windows Phone 8 transition. It’s a Window 2013, brought to you by Azure, if you will.

Will 2013 see the first Microsoft-built Windows Phone device? TNW remains skeptical of the idea, most especially now as its OEM partners have stepped up – after starts and fits – and built phones that consumers are responding well to.

Office 365 will take on a larger profile inside of the company, as Microsoft works to move both the enterprise and consumer fold onto the product. Consumer-facing cloud services such as Outlook.com and SkyDrive will grow, supported by hard promotion from Microsoft.

Broadly, as Microsoft changes and rebuilds much of its consumer-facing products, its enterprise products will likely provide revenue and earnings stability. SharePoint, now a $2 billion dollar business, and the larger $19 billion Server and Tools division will be key as the company refits and relaunches.

Much of Microsoft’s new vision has been embodied in recent releases. However, they are but part of the picture. 2013 should see the rest of the canvas filled in.

Perhaps at last Microsoft can reignite its share price.

Read next: IE10 below 1% market share, Firefox back under 20%, Chrome recovers from three months of losses