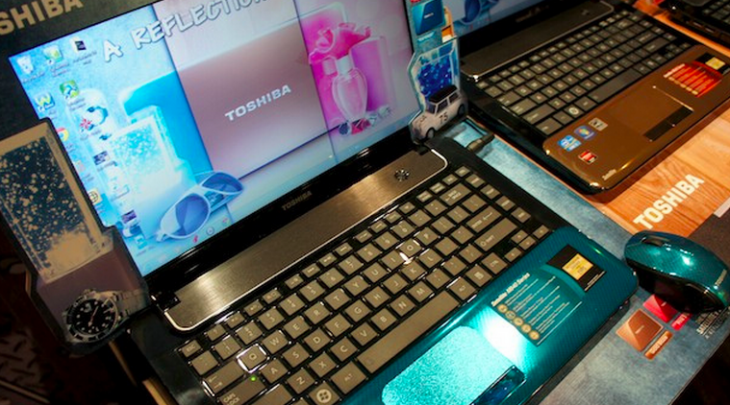 Wired’s Alexandra Chang yesterday published a must-read report on the state of the Windows 8 OEM community, noting that while there is certainly little ecstasy resulting from early sales figures, it’s not all despondency and missed targets.

However, a key quote from Toshiba’s Jeff Barney, its VP head of its America’s PC work, belays a key material weakness in the current crop of Windows 8 computers that are up for sale [Formatting: TNW]:

To be frank, the OEM community will bring better form factors to market. This first generation is a rush to get there in the beginning. They are not as commercially viable as they are media viable. Over time you will see a lot more commercially viable products that take advantage of Windows 8.

That statement is at once exceptionally accurate, and a devastating admission that there is real market merit in Microsoft’s strategy of building its own hardware.

TNW has previously described the Surface tablet project as a direct refutation of its partners for failing to keep up pace with other firms, such as Apple, who have pushed hardware design into new eras:

Microsoft’s decision to make its own devices is a damning condemnation of its partners, an admission that they have failed to keep pace with the market, and that they collectively allowed Apple to take the crown in any number of consumer electronic and computing areas.

It’s also important to recall that OEMs have been kvetching about Microsoft’s entry into their space since the Surface was announced, most notably Acer, who said that the Surface would create “a huge negative impact for the [OEM] ecosystem.”

Importantly, the quote from Toshiba all but says that Microsoft had it right: its OEM partners were not going to be ready to build acceptable devices for its new operating system. And as hardware is more than key for the Windows 8 project, the company couldn’t let itself be let down.

Thus the comment from Toshiba that there is an issue with the ‘commercial viability’ of current models – meaning that they don’t sell well, despite perhaps snagging some positive media notes – is an admission that what is out in the market is weak.

But we already knew that.

Read next: Legislative options dead, a fresh draft of the executive order on cybersecurity has been leaked