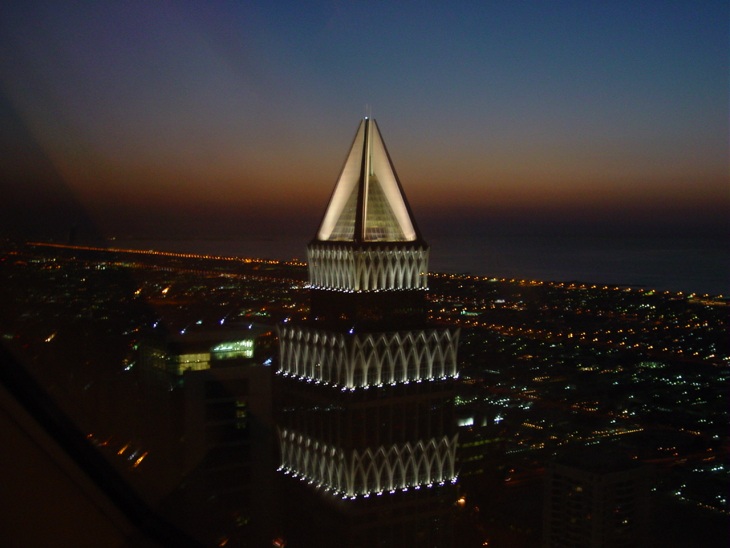 Emirates announced on Monday at the Windows 8 launch event in Dubai that it is moving on up to Microsoft’s latest and greatest. The luxury airline has developed a Windows 8 app called Knowledge Driven Inflight Service (KIS) and plans to deploy it along with 1,000 HP ElitePad 900 devices across its fleet.

While other airlines are allowing pilots to use Apple iPads in the cockpit, Emirates is going with Windows 8. The airline reportedly chose the HP tablet because it apparently doesn’t need to be recharged on long-haul flights. Microsoft says it’s because the device is “thin and light, optimized for Windows 8, and built specifically for business users.”

The KIS app was first introduced for in-flight communication and customer relationship management device in 2004. Now it’s finally getting a major update, allowing flight pursers to brief the cabin crew before every flight, conduct in-flight upgrades to business class or first class, and solicit customer feedback that is immediately routed to headquarters upon landing. Details around previous trips, any issues a customer had during their travels, preferences (food, wine, seating, etc.) and so on are also stored in the app.

“At Emirates, we strive to deliver the world’s best in-flight experience,” Kevin Griffiths, senior vice president, Cabin Crew at Emirates said in a statement. “We constantly invest in the best aircraft, products and service. To support our crew, we have created an application on Windows 8 that delivers a unique, personalized experience with the necessary information for our cabin crew to better serve the needs of customers. The Windows 8 platform running on HP ElitePad 900 devices gave us this option, allowing us to create the KIS app that enables our crew to offer an experience not available on other airlines.”

Read next: Turn your ideas into products with two £1,000 scholarships for Front-End Web Development from GA London