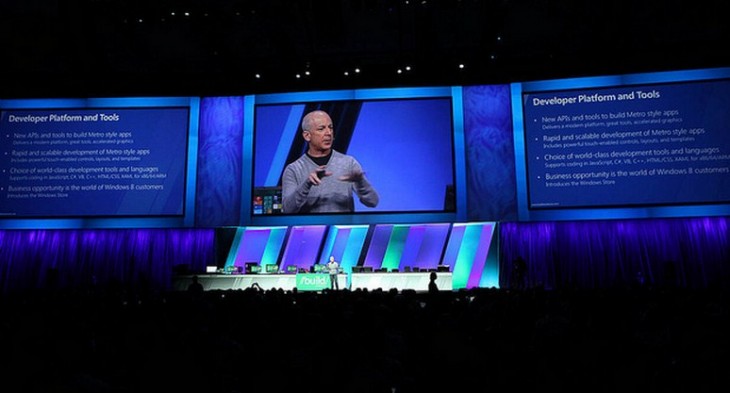 According to sources inside of Microsoft speaking directly to the well-connected Paul Thurrott, Windows 8’s early sales figures have disappointed, and are below the company’s forecasts.

It’s fair to say that OEM hardware for Windows 8 isn’t much better than what came out before. Sure, it’s more tablet focused, but with Dell trying to sling a device so utterly ridiculous that it actually laughter inducing, you know that the substance we’re reviewing here isn’t exceptionally strong.

Interestingly, this is the key narrative that Microsoft needs to avoid. If the story that surrounds Windows 8 is that its selling poorly, that minor prophecy could become self fulfilling. Forget borking, Windows 8 could get Vista’d.

The Vista-Windows 8 comparison isn’t exactly fair. As TNW’s own Emil Protalinksi noted in discussion, Windows 8 packs more changes than Vista did, and thus if the operating system manages to sell more than the older version of Windows, “then Microsoft has succeeded.”

As TNW has noted repeatedly, Microsoft has provided all but no guidance on the sales rate of Windows 8; the 4 million unit number in three days was utterly obfuscated and thus unusable. In short, we have no official work on how Windows 8 is selling.

Fact: If it was selling well, Microsoft would be bragging. Fact: It isn’t. Conclusion: Windows 8 isn’t selling that well. Support: What Paul said.

The extent of the miss is the only remaining question.

Given that Windows 8 is unlikely to sell buckets of licenses as upgrades to individuals, Windows 8 will therefore be distributed to consumers via sales of new PCs, which are unlikely to grow much in the next year. That said, Windows 8 will sell at least a few hundred million copies in its life-cycle.

Is there any need to fret, therefore, about Windows 8, given that it will sell truckloads of copies, simply due to the dynamics of the PC market? Yes, as consumers could reject the new Metro Start Screen, increasingly turn to Macs, or drop out of the PC market entirely if Windows 8 is found to be too unpalatable.

However, a slow start is not the same as the market spitting out the new code. Perhaps it just needs a bit more time to chew.

Read next: The state of US e-commerce: California has the highest traffic, but Wyoming converts the most