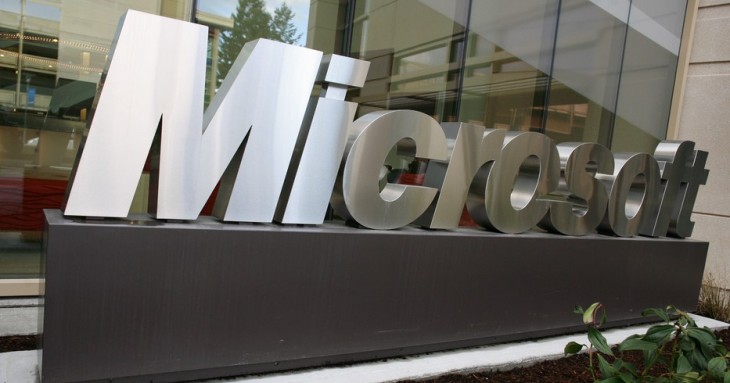 Now that Microsoft’s great software and device rollout has mostly come to an end, news from the company has slowed down at last.

This is good, as it allows us all time to breathe, and catch up with what other companies are up to. At the same time, even as the announcement have slowed, the company remains in the headlines for a number of ancillary issues.

As always, please ensure that you are following TNW’s Microsoft channel on both Twitter, and Facebook, and let’s get right into it.

The state of Windows 8

We’re stuck with little more than tea leaves in our pursuit of tracking the momentum of Windows 8, as Microsoft has given us little more than a single, and now outdated, data point. Its 4 million licenses sold figure was gloriously vague, as it included purchases by non-consumers.

However, there a few things that we can check on. First up: developer activity. Windows 8 has steamed past the 16,000 app mark, keeping its pace mostly intact post launch:

It took 8 days for Windows 8 to reach the 13,000 app mark from 10,000. This time around, it has taken 7 days to gain 3,000 applications. That’s just about the same pace. Given how loose the timing benchmarks that we are using, a 10% difference either way is just slop.

The software has also managed to stay strong on the Amazon software sales charts, moving from first, to second when Photoshop Elements received a large price cut. Most recently, it slipped to third, losing the second spot to Kaspersy’s 2013 edition. Still, with its every day on sale spent on Amazon in the top five position, this slight decline is hardly cataclysmic.

Finally, the Surface no longer suffers from delays, at least here in the United States. If you want to buy one of the devices, you can now do so online sans lag. Microsoft has yet to mention sales figures from the Surface, so it’s safe to assume that the device is not setting records.

Happy tenth birthday, Xbox Live. According to Microsoft, the service is managing to hit new records, even in its old age: users of Live racked up 442 million hours of use during the seven-day period.

Even as the Xbox 360 ages, the platform remains exceptionally popular, based in no small part on Microsoft’s move to reposition the device as a media device as well as a gaming console. This has extended its reach into the family, boosting its value.

Now, however, the NextBox looms. What Microsoft has planned for its coming console is all but an open question, perhaps one that could be answered at E3 next year.

TNW published news of a very embarrassing Skype security hole that allowed for anyone to reset your password and hijack your account. Several hours later, Skype fixed the issue. The company released a statement:

Several of the accounts that TNW used to test the vulnerability were temporarily suspended.

Twitter has denied Tweetro, a popular client for its service on Windows 8 the ability to take on more users.

Now weeks after the company promised an official client, none exists, and Windows 8 users are stuck waiting. MetroTwit appears to be the only feasible option for the time being. TNW is somewhat irked over the situation.

Certainly, it is the company’s prerogative to control access to its users and service as it wills, but to do so in such a manner, in which it does not provide a competing, and compelling experience, feels petty. Also, it harms the Windows 8 experience.

Have a Moscow Mule, and go outside – it’s time for the weekend. Top Image Credit: Robert Scoble