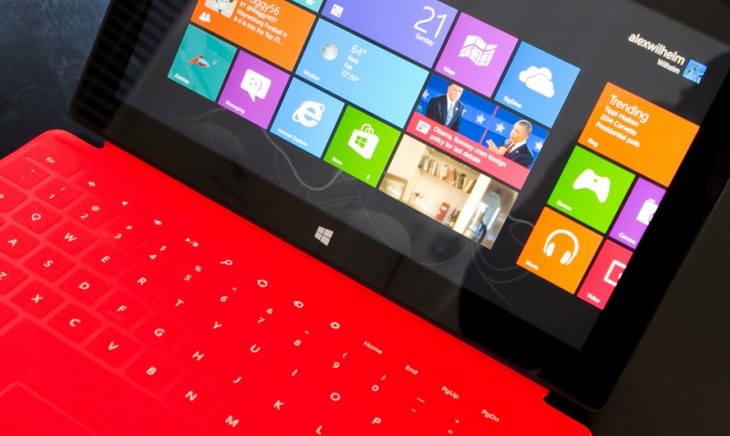 Hello fellow technology travelers. With this weekly roundup, I try to pick a few themes to guide the post. Say, Windows 8, and its various newsy bits. This week that was impossible.

But, as I promised Beelzebub that I would never quit this post, I have come up with a solution: Slurry. Yes, I’m just going to toss the best stuff from the week in the post all hodgepodge. You’ll like it.

Now, do ensure as always that you are following TNW’s Microsoft channel on both Twitter and Facebook. Now, into the mix.

Let’s get hammered and learn Windows 8

That title says it all. The following clip is a hilarious tour of learning Microsoft’s new operating system. Whilst snookered. If you are offended by either profanity, or good times, don’t click play.

Following the cracking of the 5 figure barrier, Windows 8 shot past 13,000 apps this week. By now, in fact, the figure should be closer to 15,000. At our last check in, Windows 8’s Windows Store was growing at the rate of around 362 apps daily.

Is the 362 app tally soft? No. At that rate, Windows 8 will tick up by around 10,000 apps monthly, leaving it likely over the 20,000 app mark by the time we exit November and enter into the final holiday push. 20,000 applications is hardly puffery; it pales compared to even Windows Phone’s 120,000+ tally, but for a platform so new, it will perhaps suffice.

Windows 8 continues the narrative of middling success: neither a smash hit nor flop. Once we have some Surface sales numbers, and new Windows 8 figures, that might change.

Contrasting the ‘steady as she goes’ Windows Store situation, the Surface appears to be performing well, at least in the U.S. market.

Moving from a multiweek delay to simply out of stock, the base Surface unit with 32 gigabytes of internal storage – of which you get to use 16 – with no Touch Cover has been selling well, it would seem. Now, Microsoft is still willing to let you pick up a 32 gigabyte Surface with a Touch Cover, provided that you are willing to wait a few weeks.

Why restrict supply of the Touch Cover-less Surface? The device is three times as good with the addition of the keyboard, as it greatly extends its potential use-cases, so the company is artificially limiting one SKU to better sell the full Surface experience.

TNW went all up in the grill of the Lumia 920, the phone that is – in theory – the halo device for the Windows Phone 8 lineup. Our review tests that idea:

Coming up against the HTC 8X, it’s close between the two, but the Nokia Lumia 920 edges out its HTC rival on imaging, ecosystem and its overall design.

The Lumia 920 isn’t small, nor is it light, but it is a complete joy to use. You will have to ask yourself some questions before you buy it, but if you want a smartphone that stands out on merit, the Lumia 920 certainly does that.

Still, at a higher price point than the HTC device, will the Lumia 920 sell enough units to move the Windows Phone needle? Perhaps. But you’ll have to be on AT&T here in the United States to get one. Sorry, Verizon customers.

And finally this week, Microsoft is ending Messenger, folding in its more than 100 million active users into the Skype product.

Users of Messenger will log into Skype using their Microsoft account, where they will find their entire list of Messenger contacts automatically imported. The transition will fully take place in the first quarter of 2013. However, Messenger users can get started now, provided they have the most recent version of Skype.

Skype, with 280 million active monthly users, could use the boost in total usership. Assuming a 70% conversion rate, Skype would crest 350 million active users, a full third of a billion.