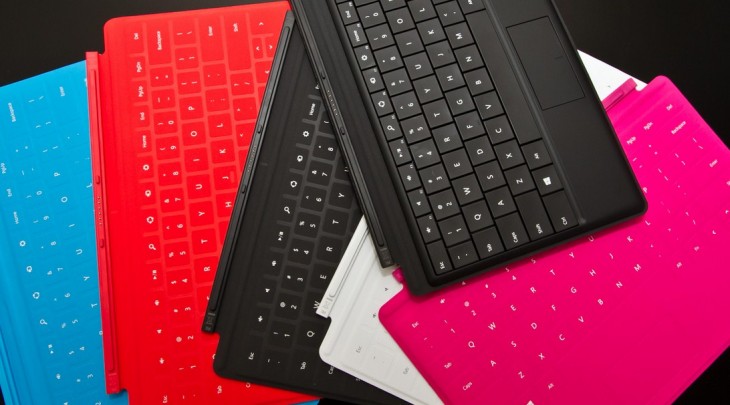 Yesterday TNW brought you the news that users of the Touch and Type Covers for the Microsoft Surface tablet were experiencing issues in which the keyboard would mute their device, seemingly at random.

In that post, we noted that we had seen a report of the Surface Cover having its materials unstitch at the inner seam. Today, Microsoft has acknowledged that this is a real issue, and that it is looking into the problem.

In a statement provided to CNET, Microsoft said the following:

Microsoft makes every effort to ensure our customers receive a high quality product. We are in active contact with our Customer Support operations and are aware of a small number of instances of material separation.

In case you were confused, “material separation” is corporate speak for “shit falling apart.”

What does the issue look like? The following image, posted to the Surface forums by ‘whyjoe’ in a thread about the issue shows it well:

TNW cannot independently confirm the issue, as none of the Touch Covers in our possession have shown the defect. However, given that in our testing we have constantly switched between Covers, it is likely that we have yet to stress any single unit sufficiently to have it demonstrate the issue.

As we noted yesterday: “[N]ow that the Surface has been out for some time, and has moved enough units to force Microsoft to delay shipping and even mark some SKUs as sold out, we should expect to see fresh problems arrive.” Let’s hope that the two we have uncovered thus far are the only surprises coming down the pike.