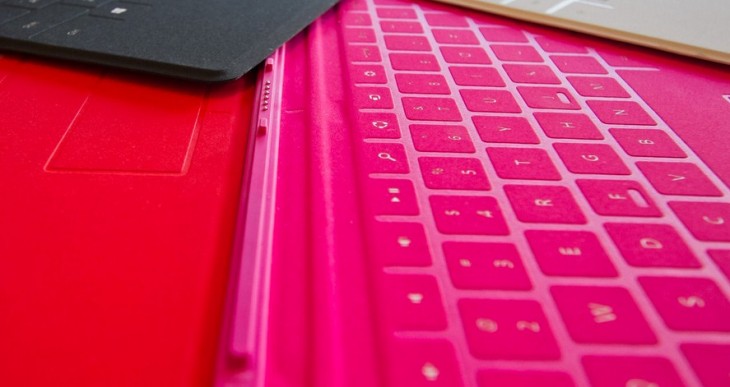 When a new device launches, you can count to five and then expect to see minor glitches begin to crop up. In-house testing can only do so much; once a product is dropped into the hands of hundreds of thousands of new users, untested use-cases become the norm.

Thus, now that the Surface has been out for some time, and has moved enough units to force Microsoft to delay shipping and even mark some SKUs as sold out, we should expect to see fresh problems arrive. And one has.

A number of Surface users have reported that their tablet will randomly mute itself. This is a small problem, but one that would be a consistent headache; frantically trying to un-mute the bugger whilst watching something would be quite the pain.

What’s the cause? Current conversation fingers the Surface’s two keyboards: the Touch and Type Covers. Speculation is that the keyboards are “misreporting a press of their ‘mute’ keys,” according to PocketNow.

On the scale of ‘not so bad’ to ‘well, there goes that line of devices,’ this issue ranks a 2. However, there have been other reports of issues with the Covers that power the Surface’s transition from tablet to laptop. Tom Warren of the Verge recently shared a picture of his Touch Cover coming apart after a week’s use.

That in mind, the Surface’s launch has been surprisingly glitch-free. Microsoft has much experience building certain hardware products, but tablets are new ground for the company. So far, on the good ship Surface sails.

Oh, and if you are having the issue with your Touch or Type cover, tell Microsoft and see if they will replace it with one that works.

For more on the Touch and Type Covers, TNW has a full review here.

Read next: Calling its look 'iconic,' Microsoft adds a download button to Bing, allowing users to snag the daily image