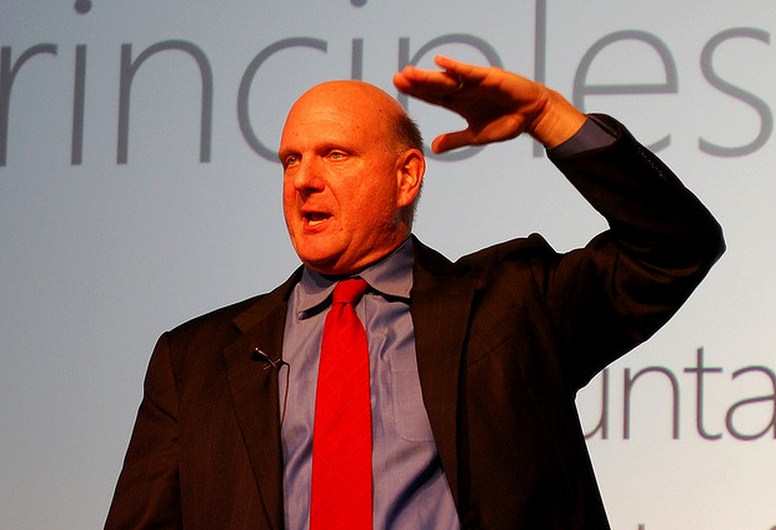 This post often contains a short joke that it would be impossible to fit all from the last week into a short roundup. This is the week that the quip was designed for. It’s been pedal down for Microsoft over the past 7 days, meaning that we have more than ever to cover.

To help make this post readable, and interesting, I’ve broken it into three pieces, each of which are summary. Much will be left out, so for the usual complete dose, the archives are your friend.

Now, ensure that you are following TNW’s Microsoft channel on both Twitter and Facebook and let’s get into the news.

This week saw the great unveiling of the Windows Phone 8 platform, and hardware line. A pile of new phones are due out starting essentially now in Europe, and through November in the rest of the world.

Microsoft bagged AT&T, Verizon, and T-Mobile here in the United States to carry the platform. We can close the door therefore on the rumors that Verizon was pulling out of the Windows Phone world and running for the hills.

Now, what do you need to know about Windows Phone 8? Provided that you don’t want to dig through our lovely review of the operating system, this is the gist of it: Windows Phone 8 is the culmination of the initial Windows Phone project. What Microsoft first demoed, back when the enterprise was called Windows Phone 7 Series (or was it Series 7?), the platform felt empty and unfinished. That is no longer the case. Windows Phone 8, with Kid’s Corner, Rooms, a new main screen, along with one hundred other additions, is full.

Will that bring hordes of new users to the smartphone line? No. But it will certainly ensure that those already enamored with the platform remain content. And with snazzy new hardware from the likes of HTC, Microsoft should have a decently strong holiday sales cycle. And that’s enough for Windows Phone.

Microsoft is in this for the foreseeable future. Windows Phone 8 is a competent new version. What the company will do next, however, is a looming question.

Windows 8 is now a real, live product. As it holds onto its #1 rating on Amazon’s software charts, Microsoft has begun to sell the code around the world. It’s almost odd to say that after the year-long sojourn that we have taken to reach this point. And yet, here we are.

Most of the Windows 8 buildup happened last Thursday, one day before this roundup starts collecting pieces, meaning that we don’t need to rehash launch day. We have something better: sales figures.

Windows 8 sold 4 million upgrades in 3 days. A mind-bending figure? No. A flop? Most certainly not. Windows 8 will cause – is causing, even – waves. Read consumer reviews of the operating system. There are a huge number of one, and five-star ratings. Folks are going to have a hard time making the leap from Traditional Windows to New Windows.

All Microsoft needed to do with Windows 8 was hit a firm bunt double and get on base. It can tighten up the code, and by the time that Windows 9 rolls out, have its new interfaces locked and polished. So was the case with Office 2007, and Office 2010. And Office 2010 went on to make buckets, and buckets of money for the company.

Windows 8 is well launched. It’s still a quirky damn operating system, and the Windows RT/Windows 8 difference is a much larger consumer issue than Microsoft will admit, but not all is rotten in Denmark. As TNW reported:

A slide used by Ballmer, titled “A spectacular start”, had the following quote from Mark Slater, a Category Director at Dixons Retail: “Sales of laptops during launch weekend have been 20% ahead of our forecasts.”

And finally, a note on BUILD, Microsoft’s developer conference, held this year on its Redmond campus

Let’s do it in California next year, Microsoft, where it doesn’t rain. And you don’t have to shuttle us around your campus, which is larger than a small country, or even continent. It was slightly confusing, and damp. And that was when it wasn’t raining directly.

More to the point, several thousand developers crammed into a large tent to hear Microsoft’s two keynotes, and packed halls for sessions on everything from C++ to new user interface ditherings from Microsoft Research. Never have you seen so many Windows-based PCs at a developer event in your life. And Windows Phones! Windows Phones in the wild! I digress.

What matters here is the climate: were developers excited about Windows 8? I would give, so far as I can via my interactions, and time bouncing around campus, and dropping in on a session or two, is that yes, mostly. However, what Microsoft needs to do to really find the Turbo Button is hit it big with Surface and Windows 8 sales numbers. 4 million upgrades in three days is good. Now we need more. Microsoft needs to prove to developers that the new tools it has built for them are not simply instruments for a chamber with no audience.

Once it has proven to developers that there is a new market for their wares, and that its name is the Windows Store, they will come. Right then, Microsoft, what have you got?

It’s early, so have a virgin Irish Coffee and get back to work! Top Image Credit: Aanjhan Ranganathan

Read next: FUD alert: 72% of all Android apps on Google Play access permissions they shouldn’t