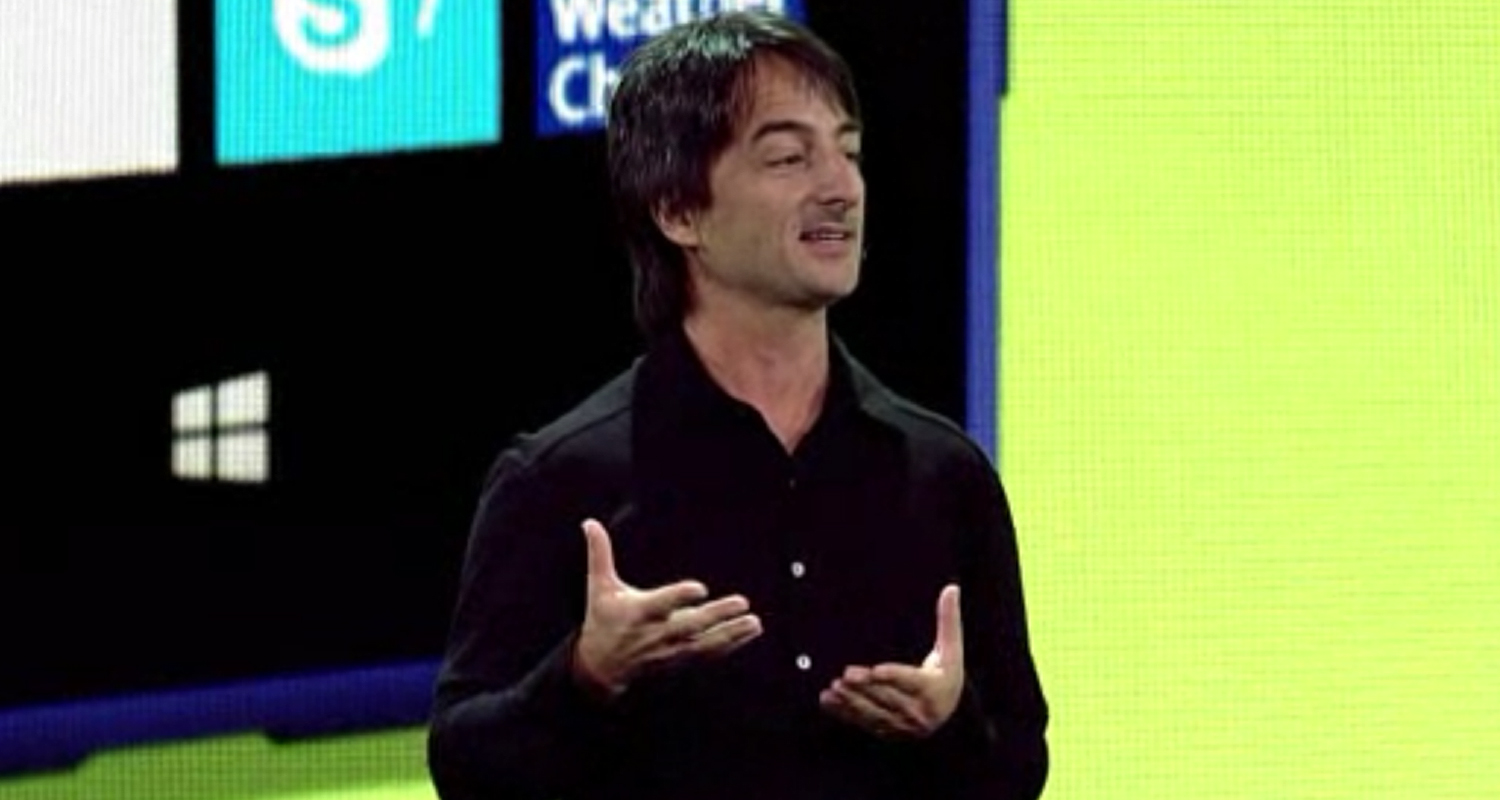 Today at its Windows Phone event in San Francisco, Microsoft acknowledged the important impact that Apple had on the smartphone industry, noting that its iPhone was indeed what I would call a singular device.

Then it knocked Google, calling it out as an essential copy of Apple’s smartphone interface. And then, the company went on, it ‘stagnated’.

Microsoft used this line of reasoning to show off its own ‘Live Tile’ interface, but the hit at Google was hard to miss. Underneath all of this is Microsoft’s current narrative focus on phones being as personal as possible. Your phone should be “like your fingerprint,” it went on to say.

Microsoft went on to dig at Apple as well, pointing out in a deadpan that with the iPhone 5, Apple added another whole row of applications.

The audience got the joke.