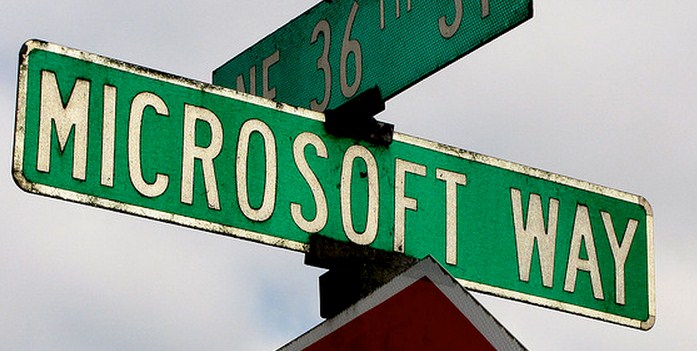 Today Microsoft reported its first quarterly (fiscal 2013)  financial performance. For the three month period, the firm had revenues of $16.01 billion, and earnings per share of $0.53.

Analysts had expected revenue of $16.42 billion, and earnings per share of $0.56. The company’s stock gyrated at the start of after-hours trading, but has now begun to decline. Update: After losing a little more than a percent, Microsoft appears to have stabilized. Investors aren’t enthused by its quarterly report, but are also not too worried.

In normal trading, the company’s stock was mixed, losing some steam towards the end of the day. The market for technology stocks was not exactly favorable following Google’s disappointing – and premature – earnings report.

This is the final quarter for Microsoft before the company will release a set of new products – Windows 8, Windows Phone 8, Surface, etc – that are at the forefront of its transition from pure software company, to one that is both a service and device provider.

Windows revenue was exceptionally weak in the quarter: “The Windows & Windows Live Division posted revenue of $3.24 billion, a 33% decrease from the prior year period.” This is not particularly surprising, given that Windows 8 is just around the corner. That fact likely led to consumers holding off from purchasing a new computer, and may have cut into normal retail sales of Windows 7, a product that has been a revenue driver for Microsoft for some time.

On the back of rising revenue per search, Microsoft’s Online Services Division managed to grow 9% during the quarter, when compared to the same year-ago period. Team Xbox and its division partners declined by 1%. Rounding up the list, Servers and Tools was up 8%, while the Office division declined by 2%.

This quarter is roughly a wash for the company. Its performance is not devastatingly bad, and given that Microsoft is set to release such a set of new products in about 8 minutes, its performance of  the last three months is almost irrelevant  What is next in line matters far more than these past 90 days.

What follow is Microsoft’s earnings release [Charts excised for formatting]:

These financial results reflect the deferral of $1.36 billion of revenue and $0.13 of diluted earnings per share, due to the Windows Upgrade Offer, pre-sales of Windows 8 to OEMs prior to general availability, and the Office Offer.

“The launch of Windows 8 is the beginning of a new era at Microsoft,” said Steve Ballmer, chief executive officer at Microsoft. “Investments we’ve made over a number of years are now coming together to create a future of exceptional devices and services, with tremendous opportunity for our customers, developers, and partners.”

The Server & Tools business reported $4.55 billion in first-quarter revenue, an 8% increase from the prior year period, driven by double-digit revenue growth in SQL Server and more than 20% growth in System Center revenue. In September, Microsoft continued to enrich its server offerings with the launch of Windows Server 2012.

“While enterprise revenue continued to grow and we managed our expenses, the slowdown in PC demand ahead of the Windows 8 launch resulted in a decline in operating income,” said Peter Klein, chief financial officer at Microsoft. “Multi-year licensing revenue grew double-digits across Windows, Server & Tools, and Microsoft Business Division products as businesses commit to our technology roadmap.”

The Windows & Windows Live Division posted revenue of $3.24 billion, a 33% decrease from the prior year period. Adjusting for the impact of the Windows Upgrade Offer and pre-sales of Windows 8 to OEMs prior to general availability, Windows division non-GAAP revenue declined 9% for the first quarter. Windows 8 will become generally available October 26, 2012.

“We’re incredibly excited to be approaching general availability of Windows 8 and Windows RT,” said Kevin Turner, Microsoft chief operating officer.  “We’ve already certified more than 1,000 systems for Windows 8 from our hardware partners, ranging from the smallest tablets and convertibles to touch-enabled ultrabooks and all-in-ones to the most powerful desktop computers.”

The Online Services Division reported revenue of $697 million, a 9% increase from the prior year period. Online advertising revenue grew 15% driven primarily by an increase in revenue per search.

The Entertainment and Devices Division posted revenue of $1.95 billion, a decrease of 1% from the prior year period. Xbox continues to be the top-selling console in the U.S., where it now has 49% market share. Windows Phone 8 will launch this fall with an expanded array of products, prices, carriers, and markets. Skype continued its rapid growth and now has over 280 million users.

Read next: GitHub goes down on Tuesday and Wednesday, hit by major service outage due to DDoS on Thursday