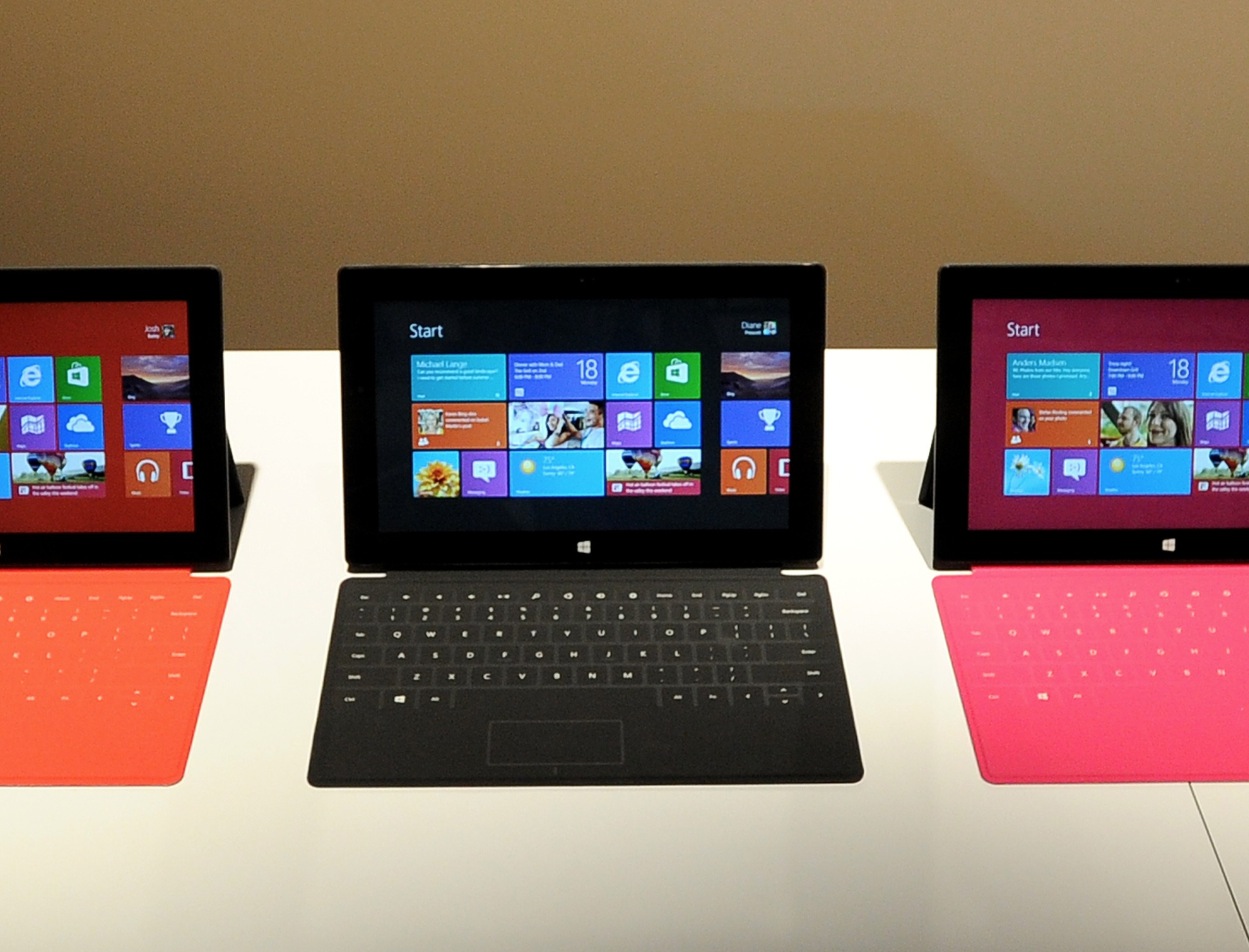 The Microsoft Surface team, headed up by General Manager Panos Panay is doing a Reddit AMA right now, answering questions about the new tablet and operating system. The answers are revealing on many levels, not the least of which is how evasive some of the answers are about resolution.

The answer, delivered by Microsoft’s applied sciences department manager Stevie Bathiche is something to see. Rather than answer in a straightforward fashion, referencing the costs involved or the price of the unit, he delivers this magic:

Hey this is Stevie. Screen resolution is one component of perceived detail. The true measure of resolvability of a screen called Modulation Transfer Function (MTF), not Pixels. MTF is a combination of both contrast and resolution. There are over a dozen subsystems that effect this MTF number.. Most folks just focus on one number out of dozens that effect perceived detail. Without good contrast resolution decreases. Check out contrast sensitivity of the human eye graph (http://www.telescope-optics.net/images/eye_contrast.PNG) and if you want more see the links below. Basically, as resolution/DPI increases the eye has becomes less sensitive. So as a result, the amount of light in a room and the reflections off the screen have a huge effect on the contrast of the display. In fact, a small amount of reflection can greatly reduce contrast and thus the perceived resolution of the display. With the ClearType Display technology we took a 3 pronged approach to maximize that perceived resolution and optimize for battery life, weight, and thickness. First prong, Microsoft has the best pixel rendering technology in the industry (cleartype 1.0 and 2.0) .. these are exclusive and unique to Windows, it smooths text regardless of pixel count. Second, we designed a custom 10.6” high-contrast wide-angle screen LCD screen. Lastly we optically bonded the screen with the thinnest optical stack anywhere on the market.. something which is more commonly done on phones we are doing on Surface. While this is not official, our current Cleartype measurements on the amount of light reflected off the screen is around 5.5%-6.2%, the new IPad has a measurement of 9.9% mirror reflections (see the displaymate link: http://www.displaymate.com/iPad_ShootOut_1.htm). Doing a side by side with the new iPad in a consistently lit room, we have had many people see more detail on Surface RT than on the Ipad with more resolution.
Some more links to share if you want to know more… (http://www.normankoren.com/Tutorials/MTF.html)… Also This is a great book to read if you really want to get into it: http://www.amazon.com/Contrast-Sensitivity-Effects-Quality-Monograph/dp/0819434965 or more here http://alexandria.tue.nl/extra2/9901043.pdf

I’ve reproduced it in whole just so you can see how much spinsanity is going on here. I mean, he recommends a book, for cryin’ out loud.

Bathiche is no doubt a very smart guy, so I don’t doubt that many (see below) of his answers are technically correct, but this kind of response is just nuts. Be honest about it, Microsoft.

If you want to know why Microsoft’s Surface tablet really doesn’t have a screen resolution that compares to the iPad, the answer is simple. It’s not because other things are more important, it’s that Microsoft could not fit it into the RT version of its tablet without compromising its price point. Apple has an insane level of supply chain leverage and sales volume that it uses to drive down costs on what would normally be a prohibitively expensive component like the Retina display in the iPad.

There is always the possibility that Apple simply has the supply locked up of such high-res screens in volume, but that’s speculation based off of what we’ve heard happened with HP’s WebOS tablet efforts. They were unable to source high-res panels even if they wanted to because Apple had cornered the market. But one would think that this would have been worked out by now.

There are a bunch more questions in the AMA that the team manages to answer in a fairly straightforward manner, there are three pages worth of pretty interesting info to people interested in the Surface. Here are some tidbits:

On the typing speed of the keyboard – “Personally I can type about 65 words per minute on the Touch Cover. It has been a pretty cool experience tuning the keyboard and getting to a point where we are able to touch type effectively”

How the keyboard is disabled when placed in ‘unused’ positions – “Both TouchCover and TypeCover have sensors that understand orientation relative to Surface… in fact the Type and Touch Covers talk to Surface to figure out their relative position no matter the orientation of gravity of the device (pretty neat!). There are 3 positions modes: Closed (keys and mouse are off), Open to 180 degrees (keyboard and mousepad on), beyond 180 degrees to the back (keys and mouse off). That way you can flip back the covers and feel secure you are not pressing keys by mistake.”

How much space will you have left after Windows RT is installed on a 32GB RT model? – “After the OS, OfficeRT and a bunch of apps, you will still have more than 20GB. As you say, you can always add an SD card and while you cannot add apps there, you can get music, movies and photos there.”

But the resolution point is a sticky one, and it’s going to catch a lot of people unawares. It’s been deemed something to downplay by Microsoft, but if it’s pitching the Surface against the iPad, which it certainly is with the $499 model, then the upgraded storage is not going to make people expecting a screen that’s just as sharp very happy. For those without experience with an iPad, the screen likely won’t be as big a factor, but I’ve had a fair amount of comments from folks that are unhappy with the screen resolution thus far. Microsoft needs to take the bulls by the horn and address it head on.

The AMA is packed with info, so you can give it a skim here if you’re interested in learning more about the Surface.

Update: Someone kindly pointed out to me that ClearType, which is one of the ‘prongs’ Bathiche refers to isn’t even used in Metro at all, just on the classic desktop, which is used for very little on the Surface aside from Office.