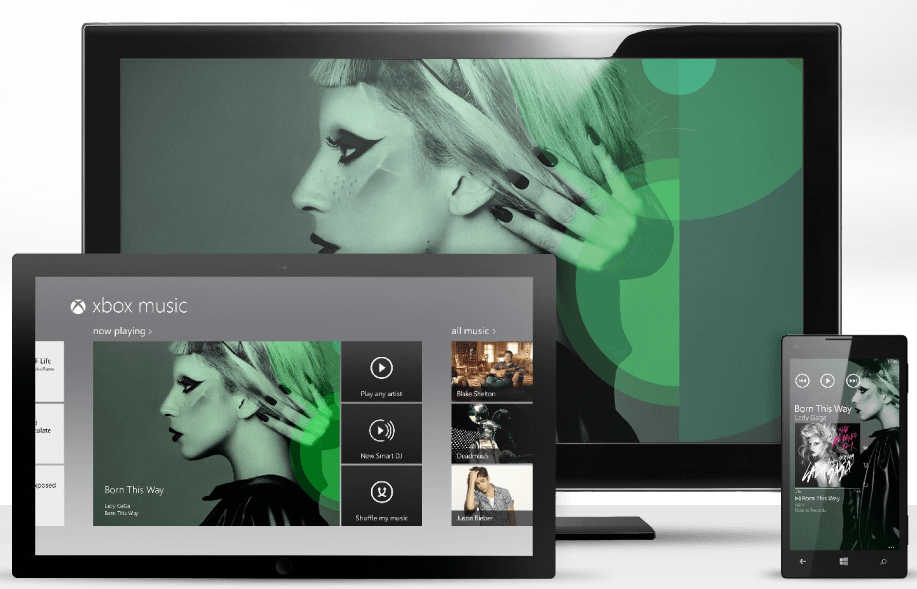 Microsoft has unveiled its Xbox Music gambit, which will rise from the ashes of its failed Zune business. The new service will have a 30 million-song catalog that will challenge European subscription music service Spotify.

Xbox Music will arrive on Xbox 360 on Tuesday before landing on Windows 8 and Windows RT devices later this month when Microsoft’s new operating system is released. Sadly, the service will not be available on Windows Phone 7 or Windows 7, though users will be able to keep using Zune Music.

“The launch of Xbox Music is a milestone in simplifying digital music on every type of device and on a global scale,” Don Mattrick, president of the Interactive Entertainment Business at Microsoft, said in a statement. “We’re breaking down the walls that fracture your music experiences today to ensure that music is better and integrated across the screens that you care about most — your tablet, PC, phone and TV.”

Free streaming will be available on Windows 8 and Windows RT machines, while Xbox and Windows Phone users can purchase an Xbox Music Pass for $9.99. The store will also offer a la carte music purchases, which should keep things interesting for Apple and iTunes. Additional features include Smart DJ, Cloud Storage and social music.

Microsoft also promises that the service will come to new platforms “in the coming year.”

Last week, Microsoft tipped its hand by rolling out its lame duck Zune Pass service to new countries, a move that we believed was meant to pave the way for Xbox Music.

Back in June, TNW’s resident Microsoft expert Alex Wilhelm noted that Xbox Music was likely to be a reprise of Zune:

What Microsoft has put together with its Xbox Music project is a new version of Zune with a different name. It’s a shame to see Zune die, but it appears that we are getting the good parts of the brand, plus upgrades, just under a different guise.

Rumors hinted earlier this month that Microsoft had been in talks to bolster Xbox Music by purchasing music streaming service Rdio.