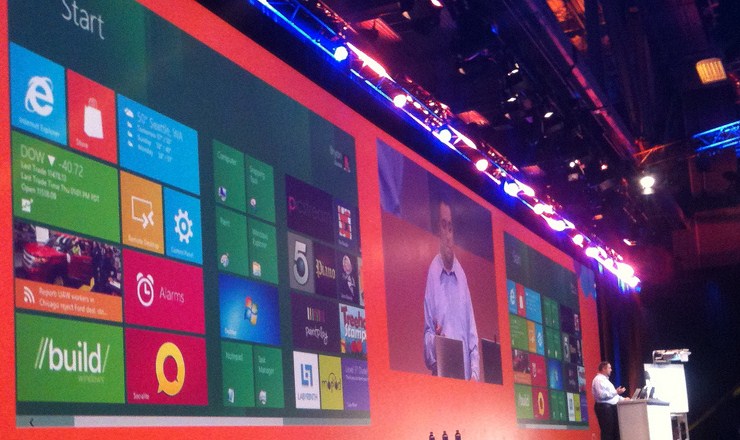 If you intended to download and play games that contain explicit content on your Microsoft Surface RT tablet, prepare for disappointment: You probably can’t.

If you had hoped that the introduction of the Windows Store and the lack of the ability to install apps sans its use on Windows RT would not lead to Windows itself becoming a far more closed ecosystem, this is not only bad news, it’s a sea change in how Windows works.

What you can’t do

Yes, according to the “Windows 8 app certification requirements,” there are heavy rules that determine what sort of app can be certified, and thus be eligible for sale in the Windows Store. Here are the two key passages that pertain to what you are simply not allowed to put in your app:

5.1 Your app must not contain adult content, and metadata must be appropriate for everyone

Apps with a rating over PEGI 16, ESRB MATURE, or that contain content that would warrant such a rating, are not allowed. Metadata and other content you submit to accompany your app may contain only content that would merit a rating of PEGI 12, ESRB EVERYONE, or Windows Store 12+, or lower.

Oh, and if you were hoping to somehow dodge this, Microsoft has thought of that already:

6.2 Your app must have a Windows age rating, and you must submit third-party ratings for your app if you have them

This is not a small issue. As PC Gamer reported earlier today:

[T]his [set of rules] not be such a problem in the US, where relatively few games receive a mature rating, but it will be very significant in Europe, where games such as Dishonored, Skyrim, Sleeping Dogs, Assassin’s Creed, Call of Duty all fall foul of the restriction.

Someone call Notch, he may have been right.

What made Windows great, akin to the Internet, was its openness. Now however, for a large swath of coming Windows devices – tablets running Windows RT, in which you can only snag applications via the Windows Store – that openness is over.

Between you and app content on your device sits Microsoft, deciding what is fit for you to see, and what isn’t. This isn’t a free speech issue; Microsoft is free to design its products and run its services as it may, but that doesn’t do away with the fact that this sort of censorship is ridiculous, and unneeded.

How can we know that? Simple: We’ve prospered and survived without it thus far, so we hardly require it. I honestly feel sorry for gamers in regions that have ratings systems that befall Redmond’s red lines; sorry brosef, Ballmer doesn’t think you should be able to play that.

Naturally, you could buy a tablet that runs Windows 8 proper, and have no such problems, but if Microsoft is going to push a version of Windows for the mobile use case that intends on playing nanny with your ability to execute normal tasks – like the playing of a popular, mainstream game – then something has gone wrong.

Certainly, Apple has strict rules in terms of what sort of content you can put into its App Store. Again, that’s its prerogative. iOS, a very popular platform, has been locked down since its inception. When the iPhone launched – calling all builds of iPhone software iOS is loose wording, I know, but bear with me – iOS supported no third-party applications. Things have improved, but not completely.

That’s the kicker to all of this, and why the Apple comparison is only slightly cogent: Windows is moving from complete and utter openness, to being partially closed, whilst Apple has moved from being completely to partially closed. Thus we can bemoan the decline of Windows and not fret too much about giving Apple a free pass.

What should be done?

Microsoft should let adults use any damn app they want, provided that it is legal. No one is telling Microsoft to not censor child pornography. However, its blanket bans, which lean on rating systems of what I would call dubious efficacy, are asinine. Adults should be free to submit, and download any sort of app they wish.

Children can be restricted to age appropriate applications until they come of age, at the behest of their parents.

Simple, easy, and it reopens Windows to being the platform, once again, where developers are as free as users to do as they please. We’re not kids, Microsoft, and we don’t want your false protection.

Read next: Tumblr launches Photoset: An iOS-only photo sharing app that could help it lure in new users