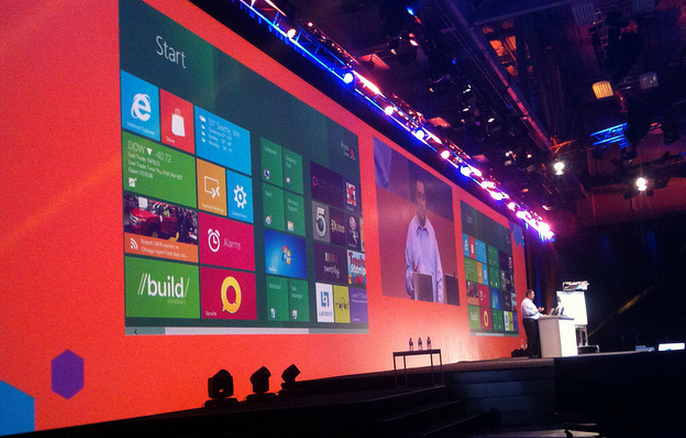 Today the Kinect for Windows team announced a slew of updates to its core software suite, and began support for the Chinese market, a large new region that it hopes will expand its reach and total penetration.

TNW spoke to the Kinect team on the update, which it described as the answer to a number of requests from developers using its platform; many of the updates released today are based off of direct requests.

Kinect for Windows is Microsoft’s attempt to take the Kinect platform to a new computing environment. Kinect itself has been wildly successful thus far for Xbox; taking it to a different use case is at once intuitive and difficult. What works for Xbox, in short, doesn’t correlate directly to a laptop or desktop setup.

That in mind, the non-consumer options for Kinect abound, even if they are yet unrealized. Medical, retail, and other places may have a use for the Kinect’s ability to take in both motion and voice data in ways that could change the way that humans interact with machines. The Kinect team is currently focused more on bringing Kinect to business, and less to consumers; that however, will prove temporary in the long haul.

TNW specifically asked if Kinect for Windows was coming to Windows 8’s modern app system. Not yet. However, the Kinect for Windows team does not have the coming Windows 8 userbase far from its mind; TNW was not directly told this, but it is all but certain that support for modern apps is both planned and expected. Today, the platform is expanding to support Windows 8’s desktop app ecosystem.

The details of today’s upgrades to its API are diverse enough that I won’t specifically detail each element here – the list can be found below, TNW apologizes for making you scroll – but they include the ability to take in more forms of information from the Kinect sensor in a Windows environment, including long-depth shots, allowing applications to note a person, even if in an imprecise way; this has been something that developers have hungered for.

Interestingly, the Kinect for Windows team is very much focused on design. In conversation, the group repeatedly mentioned – focused on, really – the importance of its suggested design guidelines, what it calls its ‘Human Interface Guidelines.’ TNW will be delving into that specific set of ideas, and ideals that embody how it views the future of app design for the Kinect for Windows platform, in the future.

Now, to China. Here’s how Kinect for Windows boss Craig Eisler notes on the product’s launch into that market:

I look forward to seeing the innovative things Chinese companies do with the technology, as well as the business and societal problems they are able to solve with it.

Before I share the important API updates, here’s where Kinect is heading next, via Microsoft:

Over the next few months we will be making Kinect for Windows sensors available in seven more markets: Chile, Colombia, the Czech Republic, Greece, Hungary, Poland, and Puerto Rico.

In short, this update is in a way Kinect for Windows’ coming out party. What developers have most requested, much of which they now have. Here’s to hoping that in a few years’ time we can shout at our computers as we do the pre-pubescent bastards who plague gaming on the Xbox.

Being serious for a moment, as Craig noted, the addition of Kinect to Windows is akin to allowing your computer the ability to both see and hear. That’s not just new, it’s a potential revolution.

Now, for you developers, here’s what is new: