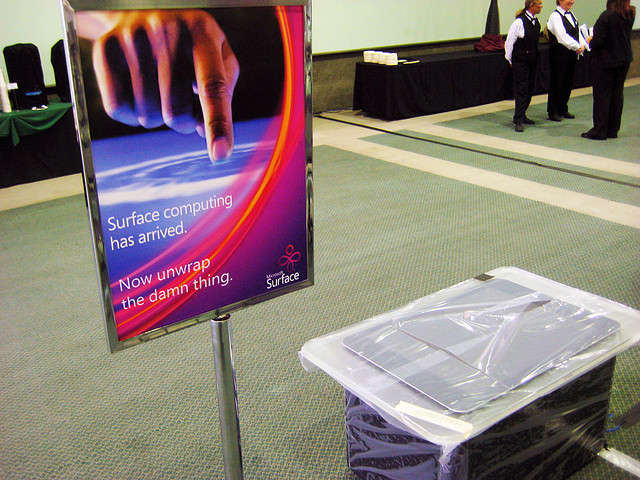 The Microsoft Surface line of tablets has endured a string of pricing rumors that have ranged from the mundane, to the extreme, to today’s latest indication that the devices will be cheaper than expected. Engadget, in case you missed it, reported a tip this morning that the Surface RT unit will cost a mere $199 when it goes on sale.

However, what the hell should the price point of the Surface RT be? Here’s Microsoft’s official line: “Suggested retail pricing will be announced closer to availability and is expected to be competitive with a comparable ARM tablet or Intel Ultrabook-class PC. OEMs will have cost and feature parity on Windows 8 and Windows RT.” So, for the RT line, the devices can be expected to match up with the price points of other ARM-based tablets.

How much do those cost? TNW fired up data points on three ARM-based Android devices as comparison. After all, presumably, these are the devices that Microsoft is using as a measure stick. The Nexus 7, Asus Transformer, and Samsung Galaxy Tab 10.1 all use Tegra processors, making them fair units to use as data points.

As you can therefore see, Microsoft can launch the Surface RT at a price point between $199 and ~$500 (including its attachable keyboard) and claim price parity. The range is just too large to pin down with certainty.

The $199 rumored price point is technically feasible given what is in the market, and Microsoft’s promises, but it doesn’t gutcheck out. To wit, get ’em Engadget: “[t]hat MRSP, almost certainly lower than Microsoft’s own cost.” Yes. That would force Microsoft to subsidize the units. And as TNW wrote previously, that would be exceptionally costly:

Interestingly, if Microsoft decided to subsidize the Surface line (as it at least once did with the Xbox line), it would be actively losing money on Windows sales. Think of it this way, for example: Microsoft sells the Surface RT for $400, but the device costs $450 to build. About $85 of that incoming revenue goes to a different division. So Microsoft’s OEM division would be collecting $315 for a device that cost it $450 to build. That’s after shifting the Windows revenue, but Microsoft, in a net sense, and its OEM division in an absolute sense, would be bleeding cash on sales.

Alternatively, leave that $85 in the OEM division, theoretically, and the Windows division is starving at Microsoft’s own hand, as the company directly subsidizes the very device that doesn’t pay it Windows. Either way, it stings. Therefore, unless Microsoft is willing to spread Windows 8 by the sword, by self-bloodletting, it will have to compete on level terms with its OEM partners.

Therefore, Engadget’s source is either correct, and Microsoft is preparing to lose serious amounts of money to boost Windows 8 (that’s a move that can be viewed as either offensive or defensive, mind you), or is simply mistaken.

The majority of people that TNW has discussed this issue with expect the Surface RT to clock in between $400 and $500. We’ll see.