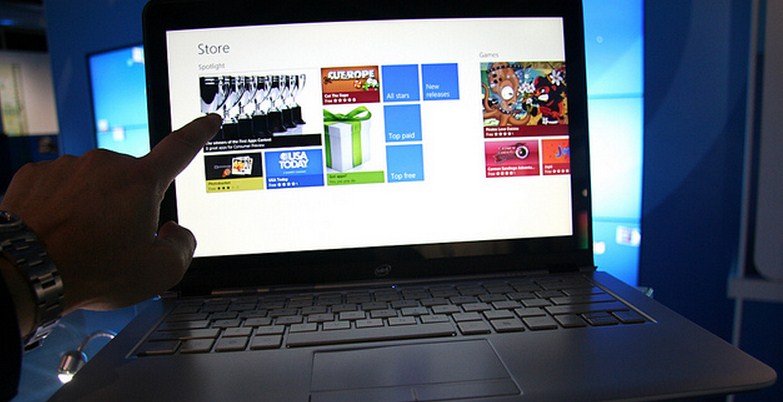 This close to a major Windows release it’s all but impossible to ignore chatter about what is coming next. In this case, Windows 9 is what you would expect to follow, correct? Well, perhaps. However, according to the ever-connected Mary Jo Foley, something else might be afoot.

I’ve heard the next version of Windows is not going to be Windows 9. Instead, I’ve heard from a couple of my contacts that some kind of an update is coming next year. The Windows release codenamed “Blue” — mentioned by Win8China last week — is likely the codename of this interim release, my contacts claim.

And off to the races we go.

Now, it’s unclear as to whether Windows Blue is a release of features, or is instead an update that will only contain fixes and patches. Service pack or not, Windows Blue could be out in less than a year’s time. That changes the way that Windows 8 must be construed, given that its ‘completeness’ at launch might be something of a partial picture – Microsoft may have much more planned just around the corner.

Of course, that’s no free pass – if the operating system is bad, it will be judged as such – but that an update/fresh release is coming so quickly does shift how we have to view Windows 8.

My personal gut check, and this is coming from myself entirely, is that Windows Blue, if it is real and ships out when expected, will be a mix of the two options, features and fixes. Windows 8 isn’t perfect, as anyone who has used its RTM build can attest, but it does have much going for it – a hotfix some 9 months after its launch could smooth its issues and mature it to a point of completeness that might make it a palatable enterprise option.

Either way, Windows Blue is likely something that we are going to hear quite a bit about in the coming months. Get ready for the Windows 8 tsunami, but keep in mind that it’s a single wave of a larger cycle.

Read next: Google launches "Studio Mode" for Google+ Hangouts to optimize sound for music instead of conversations