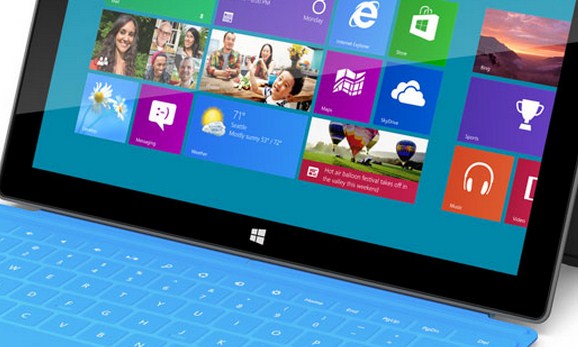 Yesterday, Acer’s CEO, Zhentang Wang, made waves by directly pointing a finger at Microsoft, stating that its entrance into the hardware market for devices is a mistake. I’ll requote the man, to jog your memory:

[Microsoft’s Surface line and the company’s new strategy] will create a huge negative impact for the ecosystem and other brands may take a negative reaction […] It is not something you are good at so please think twice.

He can’t have it both ways. Either Microsoft is a threat, or it isn’t. The underlying factor in this is that Microsoft has to pay for Windows 8 on its devices, to an extent. Its OEM division will have to pay the Windows 8 division for use of the code, so Microsoft, in a sense, can’t undercut its rivals on price, strictly because it owns the software that it is selling them.

Interestingly, if Microsoft decided to subsidize the Surface line (as it at least once did with the Xbox line), it would be actively losing money on Windows sales. Think of it this way, for example: Microsoft sells the Surface RT for $400, but the device costs $450 to build. About $85 of that incoming revenue goes to a different division. So Microsoft’s OEM division would be collecting $315 for a device that cost it $450 to build. That’s after shifting the Windows revenue, but Microsoft, in a net sense, and its OEM division in an absolute sense, would be bleeding cash on sales.

Alternatively, leave that $85 in the OEM division, theoretically, and the Windows division is starving at Microsoft’s own hand, as the company directly subsidizes the very device that doesn’t pay it Windows. Either way, it stings.

Therefore, unless Microsoft is willing to spread Windows 8 by the sword, by self-bloodletting, it will have to compete on level terms with its OEM partners. Our point that Microsoft is only a threat if it builds a quality product, that is a value proposition as well, holds. Thus, Acer’s CEO cannot make both his assertions at the same time correctly.

Stop whining, in other words.

Microsoft’s decision to make its own devices is a damning condemnation of its partners, an admission that they have failed to keep pace with the market, and that they collectively allowed Apple to take the crown in any number of consumer electronic and computing areas. Microsoft has made mistakes as well, that fact is common knowledge, but the company is trying to chart its way back to the top, and didn’t see a path there on the backs of its partners. It had to build its own conveyance, the Surface.

If Microsoft’s OEM partners can’t compete with Microsoft in regards to building computing devices for the mass market, it’s proof that Microsoft has juice left in its legs, and an undeniable market put-down of those companies; isn’t this their game?

Build great devices, ship good software, and customers will flock to you. All the rest is noise.

Read next: Now in open beta, MergePay is a super simple way to track and manage your bills