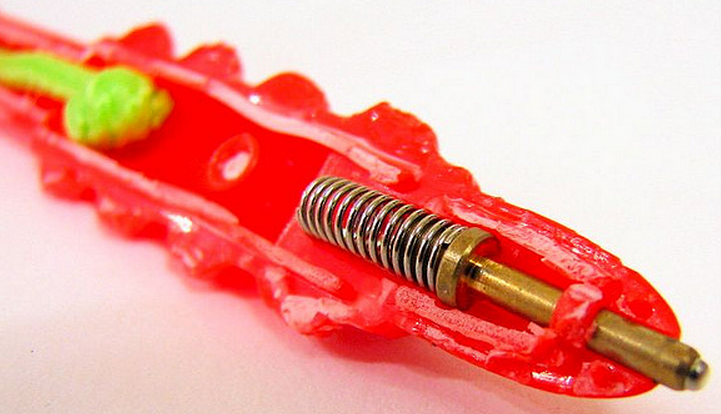 Big news in the technology world: Microsoft is working on a stylus that will work on any screen. That means that the company could roll out a pen-based solution to make any screen scribalable.

Here’s the rub: Since the heyday of Palm Pilots, pen-based input has fallen by the wayside, and stayed there. Microsoft appears to be working on bringing it back. At its recent Office 2013 demo even, pen input was repeatedly shown off. Now, it was buggy as heck, but the company forged ahead with its demonstrations.

The easy guess is that Microsoft hopes that accepting pen input is a worthy differentiation point that will help its products among enterprise customers. Perhaps. However, pen-based input has always been clunky, handwriting recognition poor, and so far, neither of those things have changed. For example, on a Series 7 device running Windows 8, stylus input is hard to use, and generally inaccurate.

Are your fingers any better? No, but that’s not the right way to look at the issue. Interfaces that are designed to accept finger input are generally stripped down, with large buttons, and other such controls. That makes them simple to use on the go, and well suited for touch-enabled screens. Programs that are designed to accept stylus input can be designed, in theory, with much finer controls, perhaps even those akin to what is built to accept mouse controls.

What happens? Pens are hard to use on mobile screens as input recognition is weak, and fine controls are hard to navigate while on the go. You know, when you might want to use your mobile device.

Thus, pen-based input is never quite advantageous, and is difficult to use. Win-win, as they say.

The mobile argument against pen-input is relatively easy to understand. However, what about an office environment? Would it be a good idea to accept pen-input in non-mobile settings?

I don’t think so, because Windows 7 had this ability for ages, and, based on my own anecdotal oberservations, no-one used it. I long had a touch-enabled Windows 7 laptop, and can confirm that it was of zero real reason to use a stylus with it.

I can see a use case in which a tablet is used in a non-mobile environment, as an example of when pen-input could be useful. However, the problem of poor input recognition remains, as do our interface points.

Finally, Windows 8 is designed for fingers, so far as I can tell. Strapping on the ability to accept styluses is only going to confuse consumers, befuddle businesspeople who try to use them, and generally add nothing of value to the operating system.

Windows 8 on a Series 7 tablet, using your fingers, is fun.

Thus, Microsoft, please don’t go full-on concerning pen-based input. You seemed quite infatuated with the idea at your Office event. Watch the tape, especially the parts with screen doodling. You will see the issues front and center. And if it doesn’t work in a carefully controlled and practiced environment, is it going to work in the wild on the bus?

Read next: This app makes true "global" Twitter search as easy as one spin of the mouse