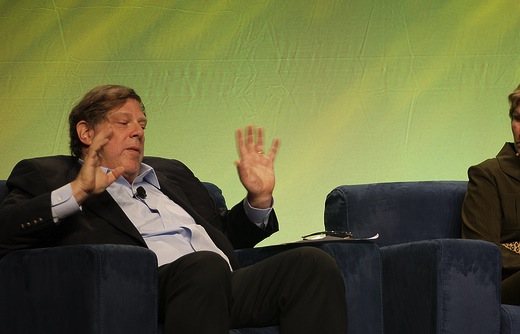 Penn will lead “a small interdisciplinary team”, focus on “key consumer initiatives”, and report directly to Microsoft CEO Steve Ballmer, according to a press statement.

Penn, 58, has consulted with Microsoft since 1998, when the company faced antitrust litigation initiated by the U.S. Justice Department.

He will remain based in Washington DC but will spend “substantial time” in Redmond, according to the press release. Adds Ballmer:

“Mark has an incredible background in research, demographics, marketing and positioning and a proven history in developing unique insights that drive success.

With a strong set of products and an exciting pipeline for the next year, Mark’s experience and out-of-the-box thinking will help us more effectively reach new consumers and grow market share.”

Penn is the worldwide CEO of global PR firm Burson-Marsteller but also CEO of polling firm Penn Schoen Berland. He has served as strategic consultant to top Fortune 500 companies, including Ford, Intel and McDonald’s.

In addition, he is the author of “Microtrends: The Small Forces Behind Tomorrow’s Big Changes”, a book about the impact of small groups in politics, business and social change.

He also used to author a regular online column for the Wall Street Journal called “Microtrends”.