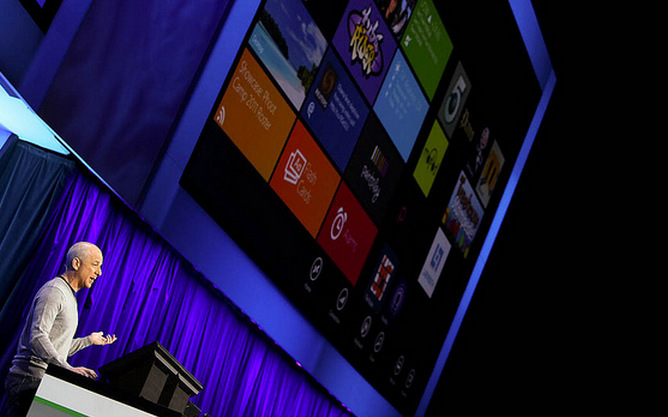 Today Microsoft confirmed what many assumed, that there are millions of users of the Windows 8 release preview. Previously, the company had made it public that ‘hundreds of thousands’ were using its Mail app on a daily basis. TNW posited that the statistic implied a userbase in the millions. We were correct.

However, that specific fact is not the main thrust of Microsoft’s latest blog post concerning its new operating system. Instead, the company appears to be presenting evidence aimed at developers that it has their interests at heart.

Past the comments on the progress that the platform has made, the company helped to flesh out what the release to manufacturing (RTM) build of the operating system will look like, for developers. To wit:

When the code reaches [RTM], the platform is complete for general availability (GA), and so we won’t have interim updates for developers.

When Developers get the RTM version, they will continue enhancing the features, capabilities and performance of their apps. Some of the apps you’ve already seen will look and perform differently when you download the final released version. Many […] developers are waiting for RTM to put the finishing touches on their apps.

[…] A great benefit of the built-in Windows Store and update mechanism is that they provide developers with the opportunity to gain wide distribution for new apps and continuously improve apps that they’ve already released. As the app developer community evolves, we expect app developers to take advantage of this and provide regular updates to apps.

In short, Microsoft is setting itself up to deliver a full grip of new applications into the relatively uncrowded Windows Store, when Windows 8 hits its next benchmark. That’s not surprising; currently, publishing into the Windows Store is very controlled, with only some apps being let in. Also, the platform is commercial free at the moment, with all apps forced to be free, until a later date. It is likely that that date will be the RTM release.

So, the Windows Store is about to grow up, and it has a userbase that numbers in the millions. Expect that figure to rise when the RTM is released, and spike when Windows 8 hits the streets.