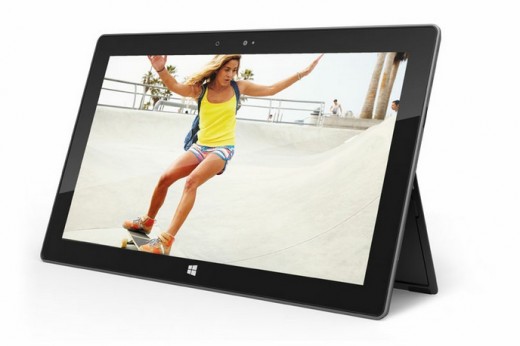 Today, a source close to Microsoft has provided us with corroboration of rumored Microsoft Surface pricing, putting the Tegra 3 powered RT model at $599 retail and the Ivy Bridge packing Windows 8 Pro model at $999 retail.

Late yesterday rumors surfaced that the Surface for Windows RT tablet would be priced at ‘above $599’ and that the beefier Intel-based version would be ‘at least’ $799. The information we’ve received solidifies the $599 mark for the RT model but puts the Ivy Bridge Pro model into the thousand dollar range.

These prices would seem to match up roughly with the statements made by Microsoft Surface general manager Panos Panay at the introduction event earlier this week. Panay said that the Windows RT model would have “comparable” pricing to other ARM tablets with 32GB and 64GB of storage. We’re assuming, but are not sure, that the $599 price refers to the 32GB model.

As a report earlier today from Bloomberg tips the initial models to be WiFi-only, the pricing would be initially comparable with the 32GB WiFi iPad. The specifications of the Surface, however, especially the 1366×768 screen, wouldn’t make it as attractive an option at that price when compared to a the Retina-display-packing iPad. It would also price it above the Galaxy Tab 2 10.1 and other comparable ARM tablets, which run in the $399 range.

If the price includes the keyboard cover, this might explain the cost differential somewhat. Microsoft’s ‘about’ page for the Surface definitely appears to indicate that, stating that “Surface comes with an integrated Kickstand and a revolutionary, 3mm thin, pressure sensitive cover that doubles as a fully functioning keyboard and trackpad.”

At the same event, Microsoft said that the Surface for Windows 8 Pro would ship 90 days after the the RT version and would be comparable to second generation Ultrabooks in price. A $999 price point would put the Surface Pro slightly above the range of many Ultrabooks and into the ballpark of Apple’s MacBook Air.

We understand these prices to be accurate at this point, but still a moving target as Microsoft has announced the Surface models very early and Google has yet to drop whatever tablet hardware it has planned next week. This could force Microsoft’s hand in terms of cost, but, as of now, this is what we understand to be the prices that will be advertised.

Read next: US may seek legislation to "guard networks" against threat of Chinese telecom firms