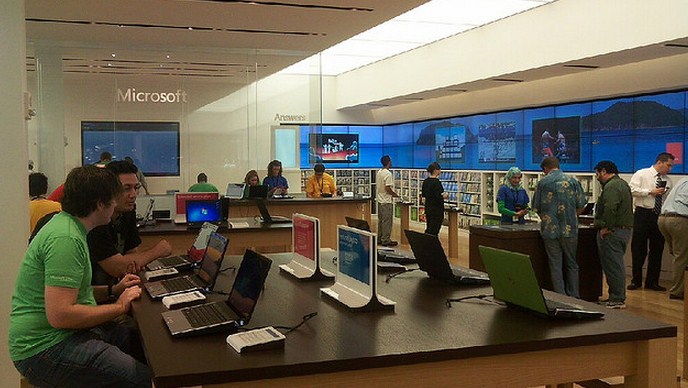 A list of ten future Microsoft Store locations was published by WPCentral yesterday, providing a window into Microsoft’s plans to expand its brick-and-mortar footprint. According to Techie-Buzz, Microsoft has since confirmed six of the ten locations. As before, many of these locations are directly across, or next to current Apple Stores.

Of the ten leaked locales, here are the confirmed six:

And the final four remains unconfirmed:

Microsoft’s retail ramp up will include some 75 stores in the next few years, across the nation. The company has been somewhat cautious thus far with its store project, with the rollout process moving often one store at a time. The company has also spent heavily to promote the launches of its new locations, to ensure a good first day’s crowd.

I have a personal suspicion, however about the timing of the launching of these stores. Microsoft has a great deal of educating to do, with its new Windows 8 operating system, one that is a radical change from its old, classic Windows franchise. Thus, it needs to teach. And therefore, it needs a place to do so. Enter Microsoft Stores, conveniently located in a mall near you!

Also, the stores are geared towards hands on time with hardware, meaning that Microsoft can pitch tablets while it teaches Windows 8. After all, the two go together.