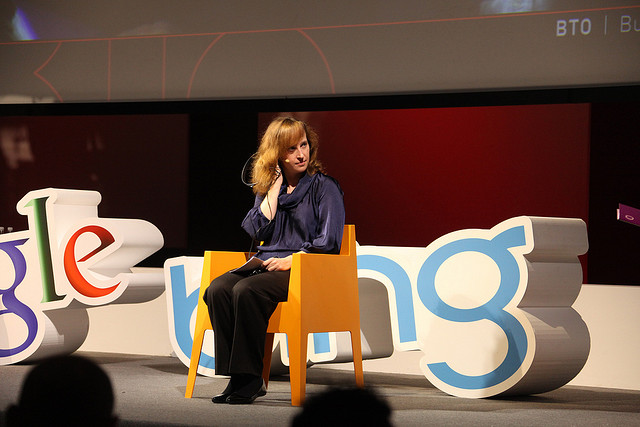 Less than twelve hours after it pushed live the Windows 8 Release Preview, Microsoft has today followed up with another launch, this time the public availability of its overhauled Bing search engine in the US, with its new three-column design and added social features.

The public release comes two weeks after Microsoft launched a preview of the redesigned search engine (previously accessible at bing.com/new). From today, if you visit Bing.com from within the US, the new search site will be live.

Today’s launch also coincides with the unveiling of a new Bing advertising campaign that demonstrates “search plus social” and Bing’s “Summer of Doing”, which is a “celebration of the new features [..] designed to inspire people to do amazing things this summer.”

If you’re outside the US or haven’t had a chance to try the new design, the new Bing is designed to utilise three columns: Standard, Snapshot and Social.

Bing will continue its standard results in its ‘first’ column. Bing has fought for years to make its core results meet Google’s head on. If you have, or haven’t used Bing, this method is nothing short of fighting the giant. Google is boss in search, and what Bing is doing is trying to beat it at its own game.

This form of Bing is the results that you know or don’t, but if you have used Bing, this is what you likely are familiar with already.

This is the new action column. Fusing results from OpenTable, FanSnap, and Yelp, if you are looking to get something done, this is your new friend, provided you find it superior to Google.

Remember Bing’s call to be the ‘decision engine’? This is the final thought of that: what you need, where you need it. Now, it’s up to you to test, but the idea is that this is your conduit to completing tasks now.

Bing has for some time worked to integrate social elements into serach. My personal friends, looking at my Facebook NewsFeed are all idiots, but for those of us with better cohorts, this is for you.

Here, Bing is going to bring in results from Quora, Facebook, and Twitter and Foursquare and others. The idea here is that Bing takes in your networks that you are have built, your social graph, and makes it relevant as you search. Also, the product will take in ‘experts’ from around the web to make sure that you have proper human guidance, write large.

The new Bing is a direct response to Google+ Your World, a fusion of Google+ social features and traditional search. However, Google recently launched its Knowledge Graph, attempting to make results more contextual and relevant — meaning Microsoft still has its work cut out if it wants to take back some market share from its more established rival.

Read next: UK Consumer finance website MoneySavingExpert.com acquired by MoneySupermarket for up to $133.9m