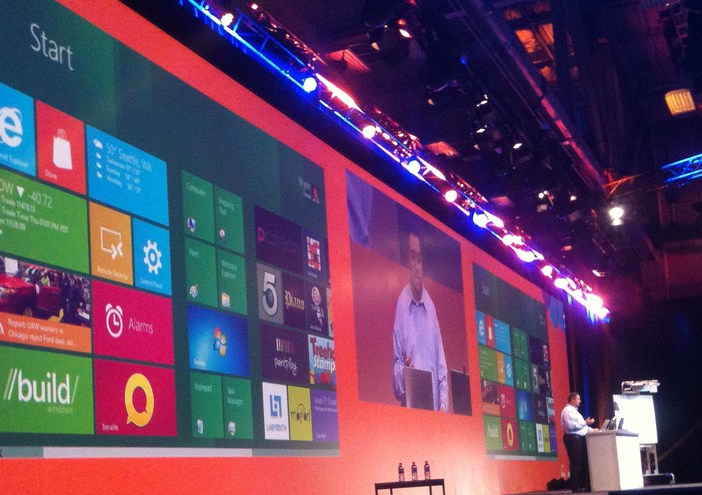 In no more than ten days or so, the world will be given the Windows 8 Release Preview. The build will be roughly equivalent to a release candidate distribution. It should be, therefore, feature complete and nearly bug free. The Release Preview is an important step for Windows 8, as it will demonstrate the first ‘total’ edition of Microsoft’s vision for the software.

Thus expectations are running high. However, as always, code is leaking over the spillway before the dam is officially breached. A company as large as Microsoft, with its myriad partners, has an almost impossible task keeping its final software product, pre-release builds in total lockdown; something always slips out.

Now, of course, we here at TNW do not condone software piracy. If you would like to read up on the leaked build, you can do so here at WinUnleaked. If you want to download it, you can find it yourself.

The software, build number 8400, could be the final pre-Release Preview code that the world will see. However, the leaked edition is in Chinese, limiting its potential use for most of the world. Still, if this build has slipped out, more could follow it, including an English version that would grant most of the world a sneak peek at what Microsoft has cooking.

Of course, when the Release Preview comes out, TNW will cover its launch, and review the code. Until the, we’ll have both eyes peeled for more leaks.

Read next: What Union Square Ventures wants out of your company