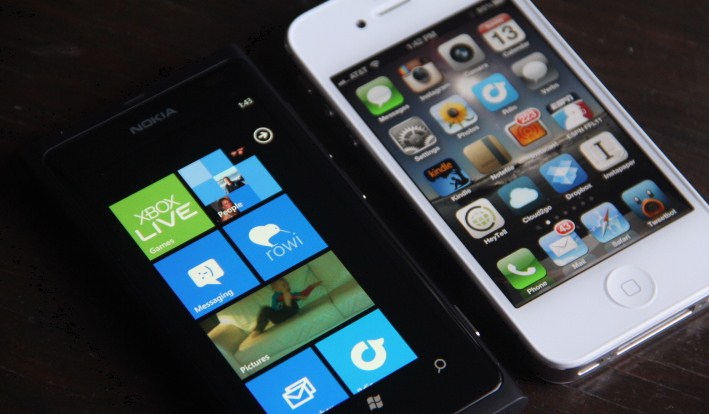 The numbers out today from IDC, in regards to European smartphone sales appear to contain good news: Windows Phone grew by more than double in the last year, with shipment of its handsets up some 156 percent. That’s no small figure.

However, there is a softness to the number; the great Nokia roll out has not managed to explode Windows Phone sales numbers. That may appear counter-intuitive, but bear with me. We return to the famous quote from Microsoft’s Steve Ballmer, from July of last year: “[in regards to Windows Phone] we’ve gone from very small to very small.”

Yep. Here’s the kicker: Windows Phone, even with that growth, only barely managed to crack 4% market penetration in Europe. Sure, that’s progress, but only on a certain scale.

One important Windows Phone selling point is the money that’s behind it; Microsoft wouldn’t let Windows Phone fade, right, and therefore it will eventually hit scale, and thus become a real player. Endless studies have been published touting the future of Windows Phone, that it will control some large percentage of the market in the coming years.

And yet, the platform appears to be treading water. Nokia’s arrival, that supposedly momentous event, couldn’t even get Windows Phone to the 5% mark. And it’s not as if there is another Nokia-level event in the works. Looking ahead, all that appears on the horizon are the occasional software updates and, of course, new crops of phones before the holiday season.

So you have to ask, how is Windows Phone going to manage to find enough sales velocity to hit double-digit market share? That’s my rule of thumb for the platform, crack 10%, and it will have finally ‘made it.’

People are noticing the slow growth. I don’t see much of a solution to boost the platform, other than something as vague as ‘quality.’ Your move, Microsoft.

Read next: Watch this rare video from inside the Foxconn facility where 70% of iPhones are made