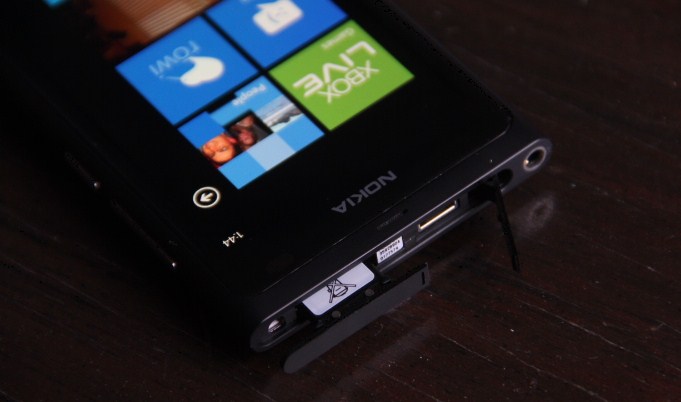 If you head to this post over on PCAdvisor, you’ll notice a big, bright ad for the Nokia Lumia 900 handset. Go ahead and watch the ad, and then replay it. Did you catch it? The most astute Windows Phone fans are probably already pretty excited, based on what they just saw.

Now, in case you are reading this in the future (how’s the weather?), or simply can’t see the ad, the excellent WPCentral has isolated the part of the ad that we want to share. Here is the before, and after shot, from the little clip:

Now, there are two things to note here, as WPCentral, and NeoWin have both written about. First up: the Contacts Live Tile now has the option to ‘meet up with Sarah,’ something that appears to be brand new. Also, the photo tile has split into two pieces. The right tile has a fat photo count, which is also new.

The current version of Windows Phone does not have either of these features. Thus, the add appears to have been produced using a future version of Windows Phone’s firmware. This could be a deliberate leak, used to drum up excitement (if so, well played), or a mere accident. Either way, it appears that we were just served a nice dose of what is coming next for the platform.

If the ad disappears, we’ll have more of an idea as to if the leak was purposeful or not.