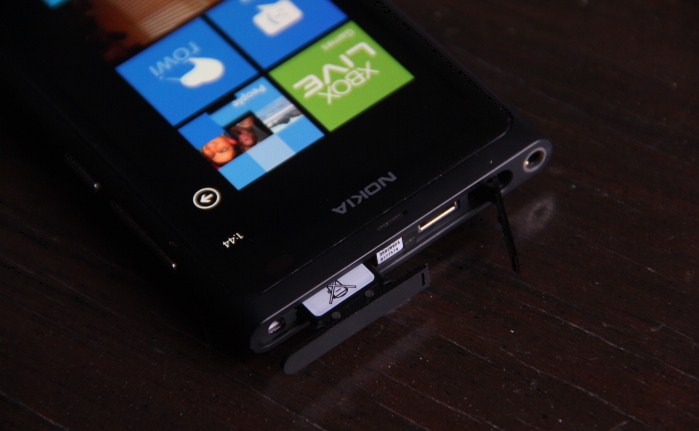 As Microsoft works to unify its platforms, exactly what we can expect in the future in regards to a device-agnostic user experience from a software perspective remains stubbornly covered in mist. Or, in other words, how close Windows Phone 8’s user interface will be to Windows 8’s Metro Start Screen is an unanswered question.

We already know that Windows Phone 8 is taking the smartphone platform closer to Windows 8, in terms of app porting, and boosted integration with the Skype and Windows brands. However, just how similar the two will become is a bit difficult to discern.

Just for fun, here’s what Windows Phone looks like at the moment (that’s TNW’s own Matthew Panzarino’s hand, by the way):

Now, what would happen if you took Windows 8, and squeezed it into a smartphone? Well the enterprising ~RVanhauwere on DeviantArt did just that. Our hats are off for how great this mockup is. Enjoy:

Microsoft is taking the Metro design aesthetic to every corner of its empire, from Office, to enterprise products, to Windows, Xbox, Windows Phone, and so forth. However, how much will be directly shared between different platform categories is a mystery. After all, if Windows Phone 8 is simply Windows 8 on a phone, isn’t it just Windows 8? Ask the same question of Xbox, and you see the difficulty: if Microsoft unifies the underlying code for its platforms, what other than device form factor and software tweaks will differentiate them?

Still, the idea of having a single OS (albeit with two different user interfaces work in concert) that functions on all platforms, that can be the jack-of-any-trade, could be compelling. Especially for developers (code once, sell everywhere).

Of course, TNW has written about this extensively. To wit, from January on winning the war for developer mindshare:

Why might this happen? Microsoft is rushing to align the user interfaces on each of the three platforms to what Zune has long had (Metro). It is changing what languages are supported (and slowly choking off Silverlight). It is moving its platforms to ‘natural user interfaces,’ which means control unification for app input across each.

It is striving to build a developer community in clusters, and must know that it would be simpler to grow one pot. And finally, Windows 8 is the first version of Windows that could employ anything like what we are discussing. If Microsoft misses this chance, it will be its own fault.

There is a somewhat decent chance that when Windows 8 comes out, along with Windows Phone 8, and the Xbox 720 ships, all of which will happen later this year, we may see one app store to rule them all.

And on Windows Phone 8 and Windows 8:

For the end-user on a Windows Phone 8 device, the user experience will be all but the same (albeit on a smaller screen) as on a Windows 8 tablet, we suspect. The same interface on your PC, phone, and console is no small feat; Microsoft is essentially all-in with Metro. If the design aesthetic fails, the company will pay a price for years and years to come.

H/T to NeoWin for finding the mockup.