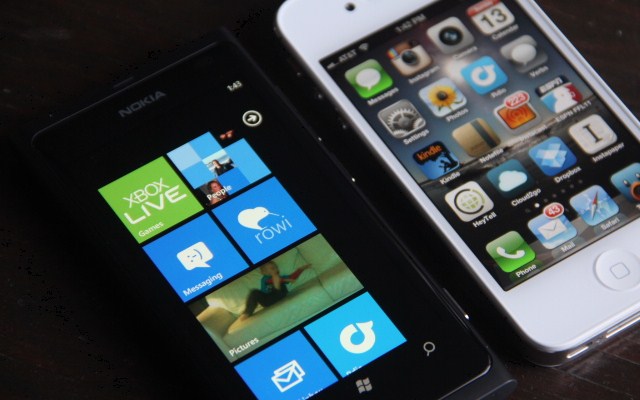 Earlier than previously predicted, the Windows Phone app Marketplace, currently sitting at 82,234 published apps, is moving quickly towards the psychologically important 100,000 mark. According to AAWP, that milestone should be reached in late may, given current app submission rates. That group had previously forecasted June as the month in which six figures would be reached.

In the past five months, the number of published developers in the Marketplace doubled to 20,000. Of course, compared to iOS and Android, these numbers are paltry, but they put Windows Phone firmly in third place, a position from which Microsoft can use cash to grow. It’s important to note that the metric ‘published apps’ does not account for apps that have been removed by their developer. It is an aggregate count.

In more concrete terms, the last four months have been the busiest in terms of app submission in the platforms history. A high was set in January of 375 apps submitted per day. That rate fell to what was then the third best month’s rate, 250 per day. In March, submissions rose to 350 a day. To make all this data more grokable, check the charts (all data via AAWP):

What does this mean? It means that Windows Phone is actually managing to accelerate, implying that developer confidence in the platform is growing. Several things could be a part of this: news cycle surrounding the entrance of Nokia into the world of Windows Phone have been positive, which could have enticed developers to pay the line more mind. Also, it could be that as Windows Phone has a full year under its belt, people have decided that supporting it will be unavoidable.

As an aside, not all the apps inside the Windows Phone Marketplace are worth a damn. Our own Robin Wauters finds the place to be something of a cesspool. Yuck.