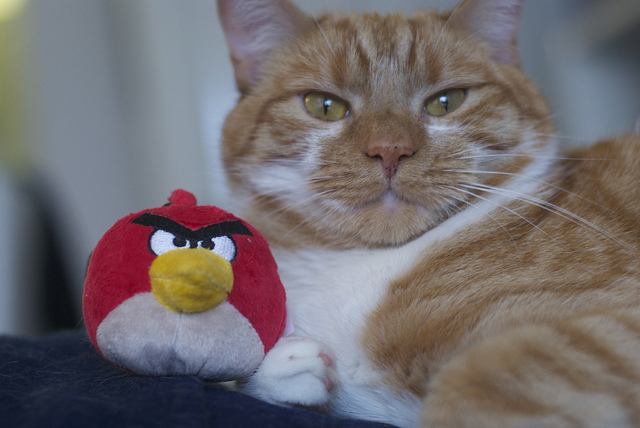 However, in a stunning about-turn, Rovio CEO Mikael Hed said that the company is working on porting it to the Microsoft platform.

Hed, speaking to Reuters, said “We are working towards getting Angry Birds Space to WP7,” dismissing a report by Bloomberg yesterday, where Rovio’s ‘Mighty Eagle’ Peter Vesterbacka was quoted as saying that there were no plans to release Angry Birds Space the platform.

He also spoke about how it was a “big undertaking to support”, adding that “you have to completely rewrite the application.”

Angry Birds Space launched the App Store, Android, on PC and on the Mac early yesterday morning. It has a new twist compared to earlier versions of the game, incorporating new characters and a new physics engine, because the game has been transported to an environment that requires you to use the gravitational pull of the planets to successfully complete each level.

The game immediately rocketed to the top of the sales charts on many of the platforms on which it launched. We contacted Rovio for comment on its first day sales but have not received a response.

Read next: This week at Microsoft: Hunger Games, Kinect, and Chrome