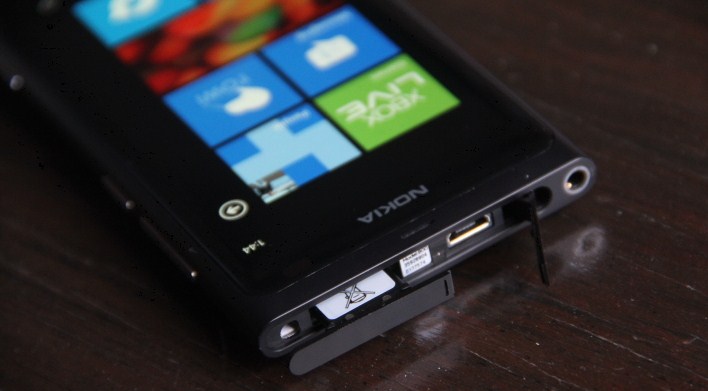 We don’t do too many roundups here at TNW, aside from my weekly Microsoft entry, but this weekend we are making a small exception. Over the past 24 hours, a great number of Windows Phone tidbits have dropped, and while each is not quite worth its own post, in aggregate they carry weight.

So, in short format, here’s what is bubbling with Windows Phone this weekend:

Nokia’s Lumia 800 handset is finding traction, it appears, in Northern Europe. While that is not the largest smartphone market, Nokia and Microsoft are pursuing a global strategy with Windows Phone; wherever phones are sold, they want to compete.

According to reporting in WMPowerUser, the Lumia 800 is expanding its market share:

“Fredrik Gørrissen, Director of Telecommunications and Mobile at Microsoft Norway has told Mobizmag.no that after the launch of the Nokia Lumia 800 in Norway in February their market share has been very good, and that the handset is currently the second best selling phone on Elkjøp’s sale charts. The handset took the 4th position in Netcom’s charts in Norway in February and 8% share of the market.”

Sure, 8% is nothing to write home about, but it’s a start. Microsoft is playing a long game.

Here we go again: another Nokia handset rumor. This time around, the phone is supposed to be called the Lumia 719, and could be the successor to the low-end Lumia 710, which is currently on sale. The Verge has it that the phone is not exactly hardware-rich, just like the Lumia 710. Here’s their roundup of what it should contain:

While this might be the first glimpse we’ve gotten of the 719, a few other mentions of the device have popped up in the previous months. Unwired View noticed it passing through the Bluetooth Special Interest Group for certification last month, which revealed a few of the phone’s details: a 3.7-inch Clear Black display, 5-megapixel camera, HD video recording, and not much else.

The Lumia 719 certainly won’t make the front cover of Wired, but it could be another firm addition to Nokia’s budding line. Given that Microsoft is betting on Nokia to lead its mobile charge around the world, news like this points to continued corporate momentum.

Windows Phone in the UK

If you do happen to live in the UK, and read the Sun, you likely noticed a total of seven big, color advertisements for the Lumia 800 in today’s paper. Nokia is pushing hard in the British market, hoping to continue the phone’s growth there. It’s jumped from 15th, to 8th on the sales charts.

And finally, Vodafone UK apparently thinks that Windows Phone is Windows Mobile. Perhaps someone should alert them of what’s changed.

And there you have it, the news, in brief.

Read next: One year after entrepreneurs gather for Summit at Sea, nearly $1 million is raised to protect the ocean