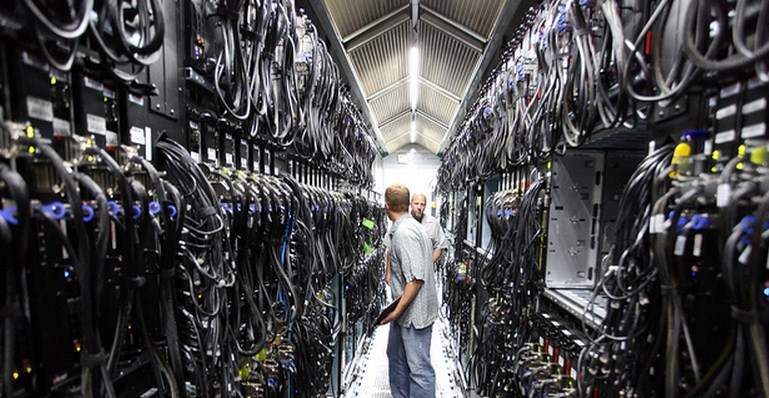 Our in-depth look at Bing was popular enough that we have taken another crack at the same principle, this time with Internet Explorer 9, Microsoft’s current browser.

Be honest, when was the last time that you fired up Internet Explorer in the morning, with the intent of using it for the rest of the day? For me, the answer was something akin to a half decade, so when I decided to put myself into an Internet Explorer world, I was trepidatious.

However, after a mostly positive experience with Bing, I wasn’t as worried as you might have expected. That said, I work online, so if my browser becomes a problem instead of a solution, it could stop me in my digital tracks. But, to really get a feel for any piece of technology you have to use it for more than just a day, so I dove in. You are welcome.

Two short notes: I used TweetDeck in Chrome (ChromeDeck) alongside of Internet Explorer 9. I could have downloaded a client for the app, but decided that I could test IE9 completely, and still have one little Chrome window open. You can decide for yourself if that skews my test. Secondly, I actually used IE9 for more than a week, slightly. I snapped my glasses at a Celtic rock show, and was thus blind for enough of the allotted time that I tacked a few extra days to the end, once my spectacles were reforged, to solidify my observations.

Through my week, only a very few times was something rendered so incorrectly on a web site that I would call it broken; I did have a few issues in Google Analytics, for example, which is perhaps not too surprising. I had expected a great deal more issues of this sort.

My largest complaints with Internet Explorer 9 are its relatively lengthy boot time, its tab structure, and that it feels a mite sluggish when compared to Chrome 17 and 18. Those are, however, smaller issues. The days of Internet Explorer being a foe of the web are all but over.

Windows 7 with Internet Explorer 9, my setup, is capable enough for the average consumer. I can’t think of a more simple way of putting it. Perhaps most critically, the security upgrades that Microsoft started in IE8 have found a point of maturity in the 9th edition of IE. In fact, coupled with Microsoft Security Essentials, IE9 is enough to keep anyone safe (Mac users giggle here).

Something that I do like about Internet Explorer 9 is ‘pinning,’ the sticking of a web page to the Start Bar in Windows, granting the ability to jump back into the site quickly. Pinned sites usually contain a few tools as well (think site sections, etc.). For the normal consumer, who might only depend on a few favorite websites, this could save them time on a daily basis. It’ll be interesting to see where Microsoft takes the technology in the future.

As with nearly every person of my generation, I run tech support for my family. Computers at the Wilhelm compound in Oregon run Chrome, but if a new machine was picked up, I wouldn’t race to install Google’s browser unless I was going to use it personally.

For The Power User

I’ve come to view Internet Explorer 9 in a new light for power users: it is a stepping stone to the future of Microsoft’s browser technology. Researching for this article, I was reminded that IE10, which is currently on its 4th platform preview, is coming in two pieces: one Metro, one regular. IE9 is the last pure version of IE, in that it is the final version to have a single user interface.

Therefore, IE9 has laid the groundwork for IE10 to take standards compliance, and Microsoft’s beloved hardware acceleration, into a touch future.

I wouldn’t recommend for a power user to switch from their current main browser to IE9. They’ve already found their home (I’m back in Chrome 18 as I write this). However, any new PC now comes equipped with a functional browser, something that only became true of Windows machines after IE9 was released.

May we, the Internet-creative types, end up using IE in the future? What’s interesting is that we might, part of the time. Given that IE10 will be baked inside of the new Start Screen that Windows 8 contains, there’s a good chance that Microsoft, which has built a compelling new interface for the product, could get people such as ourselves to use IE, at least part of the time. We’ll see. Firefox is building its own Metro app, so competition will remain heated.

Why not use IE9 if you are a power user? It takes longer to start than Firefox 10 and Chrome 18 in my experience, and by default its tabs are in the wrong spot. Microsoft put them to the right of the URL/Search bar, which constrains both the number of tabs you can have open and see, and how much URL space you have. Now, you can move them, but only below the URL bar, and not to the top (as in Chrome/Firefox 10), where they, in my view, belong. And finally, IE9 is simply not as fast as the latest versions of its competitors. Perhaps this will change with IE10, but in my tests, it’s still slower.

It’s all about the future for Internet Explorer. IE9 is quality enough that it should help staunch the flow of market share away from the IE brand. It won’t stop it entirely, I don’t think, on its own. But as we noted, it could be that the integrated IE10 Metro app might.

IE9 is an extremely improved browser, when compared to its predecessors. If Microsoft keeps up this sort of work, it could be competitive for power users far before we had anticipated.

Read next: How Localmind taps into collective human intelligence to find you the best local espresso